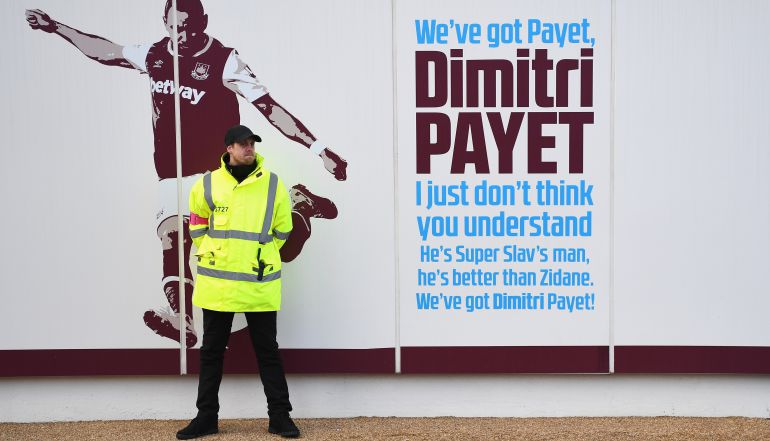 From my understanding Dimitri’s wife was not happy living here in England. She threatened to leave the country and return to France with their child/children. Then she did leave the country and threatened Dimitri with divorce and limited/no access to their child/children. Dimitri had a choice, his job or his family. Whether we like it or not, playing for West Ham United is a job for most of our players. Would you chose your job over your family? Would you risk losing the man/woman you love over your job? Would you risk not seeing your child/children grow up over your job?

Let me put it this way, you work for a supermarket, you are part of the supermarket team and stack shelves. A supermarket in Germany has offered you the same type of job but with more money. You move there with your family and after a while your wife/husband tells you they are moving back to England, taking your child/children with them so you cant see them and threatens you with divorce. Are you telling me that you would stand there watching that happen? Or would you do all you could to keep your family happy and together knowing that your former employer would take you back?

I’m not saying the way Dimitri dealt with the situation to force the move was the right thing to do but imagine the stress he was feeling knowing he may lose the one he loves and his child/children and the depressive feelings he would have been experiencing at the time. Anyone who works with someone or has personally experienced feelings of stress, anxiety and depression will know that it can make you act abnormally and it can cloud your judgement resulting in you to behave differently than you would normally. So is Dimitri really the snake people think he is?

I don’t think we should take him back, not because of what happened in the past but because he is now in his 30’s, his performances have deteriorated and he offers no sell on value. If Marseille really do need to sell I would rather put in a cheeky offer for Sanson who is in his 20’s, can play attacking and defensive and has potential sell on value