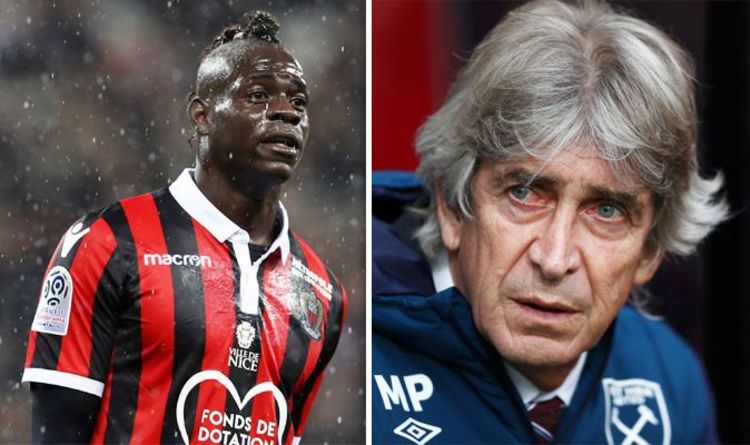 So I haven’t wrote an article in a good while for the West Ham way, however I was excited to give my view on Mario Balotelli and try to make fans understand him better. I feel it’s a good opportunity for us to further explore this player as a potential signing!

A selection of fans including ExWHUEmployee are warming to the signing already from what I have seen from social media, however the perception of Mario is still negative in large parts.  For me he has always been misunderstood, a great media attraction to give people something to read about in the local papers. Only recently a story came out he paid a man in Naples 2000 Euros to ride his moped into the sea!  Is it really that bad of him to do that?  For me it’s just a little bit of fun.

Lots of what he does is very exaggerated off the field, Papers will make it look far worse with a crazy headline adding more lines to a non event. I wouldn’t say he is a bad person or a nutter. I think he is a bit crazy sometimes on the pitch, but this shouldn’t in my humble opinion discourage a club from signing Mario.  I’m not saying he will never get sent off again but I think he is far less trouble off the pitch than Marko.

For me his ability has always been there, ever since an early age back at Inter Milan.  Straight away he started scoring goals. He has always been a great character and been a good person to have around the club as many players would tell you. Often back at Manchester City he would play harmless pranks, show some magic tricks and everyone would warm too him if they took the time to get to know him as a person. He is a genuine Nice guy.

Forget what these Authors like to tell you, he is not like a Marko Arnautovic, he would never use his agent too keep asking for a move, or show the amount of disrespect towards our club like us fans have seen recently. Most agents are bad news but it’s part and parcel of football now, I believe Marko’s brother is up there with the worst such as Mino Raiola. Raiola & Paul Pogba are actually doing the same thing at Manchester Utd, consistently causing unrest there trying to leave every transfer window. I see similarities as very often I have seen Paul Pogba say it’s all lies and speculation, he’s happy at Man Utd.  It’s not worth the hassle with some players and their agents.

I’m pleased Marko has left and I don’t believe Mario would be half as bad. On top of that Mario is a better than Marko is, he surpasses him as a Striker and I actually think signing Balotelli on a free transfer will be shrewd business.

If he settled down well at West Ham and become loved here like a former great player…Paolo Di Canio who also was a very emotional player and Italian.  I think we would have made a major upgrade on Arnautovic and that is exactly my point.  Balotelli has proven in recent seasons his goalscoring prowess.

In the French league he has scored lots of goals and shown a good consistency, in fact I think most players in Europe would of loved to have got the numbers he has got.    He scored lots of goals for Nice and then back in January 2019 he scored 8 goals in 12 appearances.

You can worry about his reputation as much as you like, but his performances has shown he has been doing the business.  I’m convinced he is a Top Level striker who just needs to find a home and finally settle somewhere.

A one year deal with an option on a free transfer if he performs well is surely a no brainer?

It’s easy to make comparisons with other players like Marko Arnautovic but when you take the time to know the Real Mario Balotelli for me it’s a simple decision to take a chance on him.