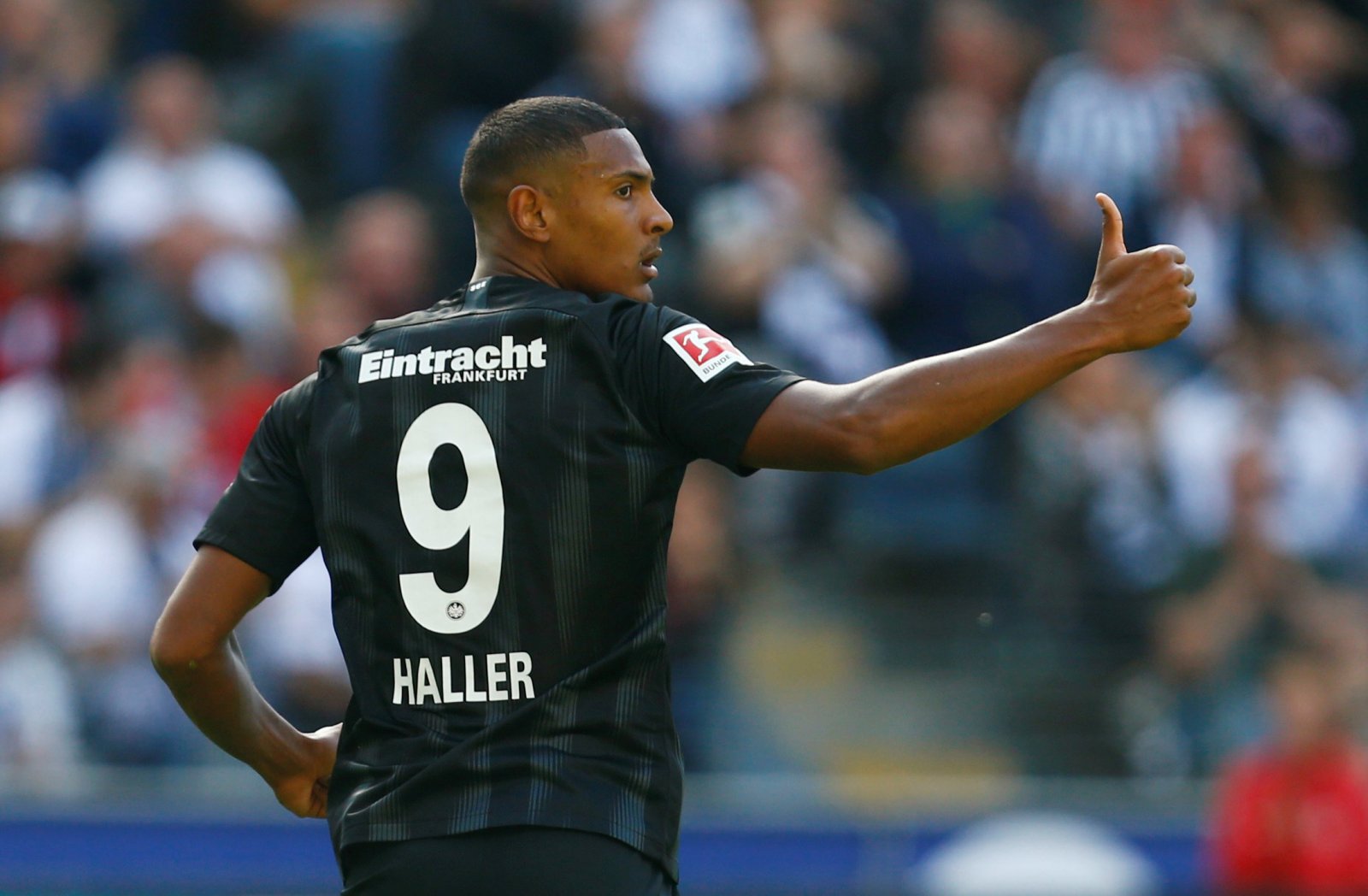 After the recent departure of Austrian international Marko Arnautovic, we’ve been left with a rather large hole in the striker position – and one not easily filled. Arnautovic is one of those players that’s suited to the nature of the Premier League in every way – he’s pacey, can shoot well and is strong on the ball.

Unfortunately, only a few players have these aspects naturally. Most of the time these skills are developed over a length of time, which is usually done by playing in the league for about 2 or 3 years to really build up physicality. Three players fit this quota and have caught the eye of West Ham fans and football fans alike; players that would shine in the Premier League and would enhance their game in West Ham’s new system of fluid, attacking football.

The first player is Sébastien Haller. This young French forward has been on West Ham’s radar for a while now and has already been capped by France and totalled up 20 goals last season in the Bundesliga and the Europa League for Eintracht Frankfurt. At the time of writing, this West Ham have appeared to have had a £40 million bid accepted for Haller but there is speculation around the players want and the payment structure, a problem like the Maxi Gomez deal. The reason why Mario Husillos and Manuel Pellegrini have decided to target Haller is because Frankfurt play an extremely similar game to us which suits Haller’s playing style – fluid, counter attacking football with a midfield that can turn defence into attack with a flip of a switch. Haller can hold up the ball and play in the channels which quite complements the style of players such as Anderson and new boy Fornals – he would be an astonishing addition to the team.

Secondly, the young striker Tammy Abraham has been at Chelsea but has never really had a full prolific season with the Blues as he has been bouncing around clubs on loan (Bristol City, Swansea and Aston Villa) – with a number of Hammers fans hoping that West Ham is next on that list. The 22-year-old Englishman has comparatively more experience in physical leagues than Haller which would make him a good replacement for Marko Arnautovic as he has good technical ability and is an aerial threat which suits him to this league. His head is also in the right place as he knows what kind of service he wants, and he expels his passion when scoring and when the team score.

Wissam Ben Yedder is another one of those strikers that seem to always go under the radar until they earn themselves a big money move to another club. While Manchester United seem to have an interest in the Frenchman, we wouldn’t mind seeing him in claret and blue next season. While he might not be as physical as Arnautovic, he is an extremely prolific goal scorer in La Liga and tallied up 18 goals and 9 assists last season with Spanish outfit Sevilla. As follows for almost every striker in the top five leagues, West Ham are linked to Ben Yedder and our interest shown over the years has seen subsequent bids rejected time and time again. Ben Yedder suits our style of play as he is a ‘fox in the box’ kind of player wherein he could team up with Hernandez to form a deadly duo next season – he is able to pick up the ball in tight areas and find small gaps to shoot and that’s how the striker gets most of his goals, which shows how easily he could fit into the nature of the Premier League as the pressure is a lot more sudden so he would be able to death with it efficiently.

The promise from the chairmen about a ‘marquee striker’ coming to West Ham is still withstanding but any of the players listed above will suffice – especially as for now West Ham will have to settle for Jordan Hugill and Chicharito as our only options walking out with all the bubbles… now we don’t want that, do we?