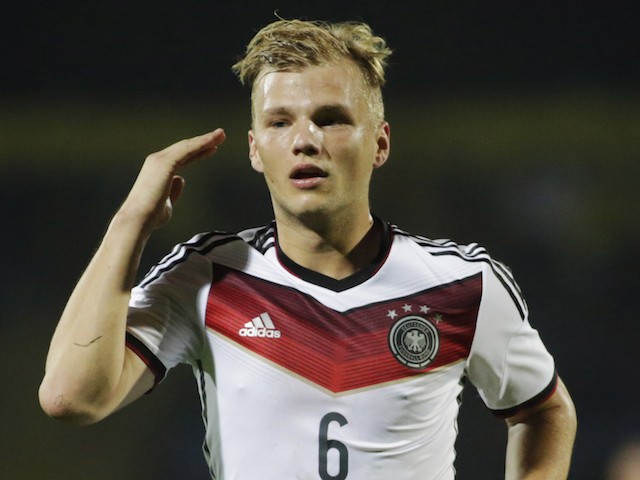 I think it’s fair to say overall this Transfer Window the business both in and out the club has been good so far, the next 2 weeks could make it a truly great window though. We have needed a squad clear out for some time with players who are either not good enough for the vision the club has or in two examples simply didn’t want to be here anymore (Arnautovic & Nasri). We have also managed to get high earners off the wage bill and replaced with younger and better talent. Although saying this it must be said from a fans point of view it’s sad to see former fans favorites Adrian and Carroll leave the club but I think we will all agree its for the best.

Meanwhile we have made excellent signings in Fornals and Haller which will certainly excite and add to our attacking threat along with two experienced backup Goalkeepers which have firstly replaced Adrian and allowed Nathan Trott to get out on loan and gain valuable experience (On Trott, he had a cracking game vs Bouremouth in Pre-Season last week, so good luck to him).

Byram, Perez, Obiang, Makasi & Fernandes have all also left the club this summer and Marcus Browne is due to sign for Middlesbrough in the coming days which then makes it a total of 9 out and 4 in so far this window. I don’t believe this will be the end of the transfer activity for the summer, I feel there are still more ins and outs to be done before the 8th August deadline.

So firstly who do I see leaving the club in the coming weeks, well i think only three will leave on permanent deals and they could be Reece Oxford, Josh Cullen and Jordan Hugill. I think the club will want both Hugill and Oxford off the wage bill with neither anywhere near Pellegrini’s first team plans this season and both earning between £20,000-£35,000 a week, that’s nearly another £55,000 a week off the wage bill should both leave the club permanently. I can see clubs in the Championship showing interest in all 3 players or even possibly a deal from a German side for Reece Oxford (which can be done at a later date as the German transfer deadline is until the end of August). Hugill as previously reported is holding out for a pay off from the club to leave as he’d have to take a serious pay cut from his current salary, this could also mean any transfer fee for him being incredibly low.

With Josh Cullen his had some great loan spells with Bradford and Charlton but the question which is still not answered is.. Is he good enough for West Ham and the Premier League. I believe Pellegrini will want to strengthen and replace the space in the squad left by Obiang and my personal opinion is that player will not be Josh Cullen. His a West Ham boy and is very passionate about the club but with him turning 24 this season and not ever really nailing a place in the first team I think it maybe time to allow him to move on and get regular first team football at Championship level. A transfer fee of around £2-5 million would be acceptable for the Ireland International.

Loan wise i think some of the younger players may opt for Championship or Football League loans this season instead of playing reserve level football. I can see Nathan Holland and Joe Powell both finding loan deals with clubs from the bottom end of the Championship to the top level of League One. First team game time needs to be the priority for these two players especially Nathan Holland who has suffered from injury setbacks and needs to gain First team experience to have a fair crack in next seasons Pre-Season with us.

Grady Diangana is an interesting situation, Diangana has reportedly been told he can go out on loan or choose to fight for his place in the match day squad. The competition so strong in them attacking areas for West Ham I’d personally like to see him go out on loan to either one of the newly promoted sides or a side in the Championship who will be expecting promotion this season like a Fulham or West Brom. Should he prove himself at one of these teams it really gives us another excellent attacking option next season. I don’t believe he will get much game time this season in the first team and at his age he should be wanting to play week in week out and gaining experience. A late loan deal could well happen for Grady.

With expected departures from the club we all hope this will mean some more players added to the first team squad. I feel this will happen… It’s been well reported that the club are struggling for cash even with the player sales and reduced wage bill but depending on what the boards aims are for this season I feel we still need to add in a few areas, if the board are happy with a 10th-14th place finish then we certainly have a more than capable squad to do that. I’d like to think with 1 or 2 more we can really push for at least a top 8 finish this season. The areas I’d be looking to add to are Left Back, some cover for Rice at defensive midfield and another striker.

It’s no secret West Ham will want to play an attacking brand of football next season, attacking full backs, playing in between the lines with lots of creative freedom but unless we are solid in defence all the attacking ability we have could well be worthless if we are conceding goals the way we have done in previous seasons.

With Fabianski, Fredericks, Balbuena, Diop all added last summer and Declan Rice becoming one of the best holding midfielders in the league we have improved in the defensive department but i do still worry at Left back weather its Cresswell or Masuaku on the matchday team sheet. Don’t get me wrong Masuaku ended the 18/19 season well as we did as a team but i still feel whenever he or Cresswell play teams target them as our weak link.

With the budget reportedly limited and Pellegrini previously stating he’s not looking to sign any new left backs I think I’d prefer to see Masuaku in the side than Cresswell who has dropped so many levels since his injury and unfortunately doesn’t look like ever returning to his best form which earned him an England cap only a season ago. Left backs we could look to target in future windows could be Jay DaSilva (Bristol City), Rico Henry (Brentford), Jamal Lewis (Norwich), Thomas Ouwejan (AZ Alkmaar).

In the midfield area i keep seeing us linked with Gary Medel, his a very experienced holding midfielder who can also operate as a CB or RB. This is a signing I am personally against. We already have Carlos Sanchez who is of the same age as Medel and earning silly wages a week. Medel will not come cheaply either, a transfer fee and then high wages. I’d much rather see someone early to mid 20s come in which will offer something in a few seasons time if Declan Rice was too unfortunately leave, by that time Medel and Sanchez will more than likely be retired so for me we need to think for the future in this area of the pitch.

Johannes Geis is a name I reckon many of you would have heard of. I was a big fan of him in his FC Schalke days. His currently a free agent and with plenty of class on the ball and experience at the top level of European football i think he’d be interested in a move to us. His only 25 years old so his still to reach his prime years and for wages of no more than £40,000 a week this could be a fantastic piece of business for the club. He’s a player who hasn’t lived up to the highs he should have but due to his age and the fact his a free agent i think this could be a gamble worth taking.

Other names I’d want us to look at in the holding midfielder role that i believe are better options than Sanchez or Medel and wouldn’t be too overly expensive are João Palhinha (Sporting Lisbon), Denis Zakaria (Borussia Mönchengladbach), Kalvin Phillips (Leeds), Philip Billing (Huddersfield), & Pierre-Emile Højbjerg (Southampton). With these players they are all under the age of 25 and would be ready to step in alongside Rice should we want them too or suitable replacements for Rice should be get injured etc. These names along with Geis are all surely better options than playing Sanchez or signing Medel.

Lastly the striker situation.. With Haller and Hernandez the only two recognised strikers in the first team squad this is surely an area Pellegrini will want to strengthen. The future of Hernandez is still unclear, Pellegrini wants him to stay but does Hernandez wants to stay… He knows his 2nd choice behind Haller and most of his game time will come from the bench or cup competitions. Today if the rumours are to be believed we are trying to hijack a deal for Patrick Cutrone of AC Milan. Should this deal be pulled off surely this would mean the end of Hernandez and his West Ham career?

Realistic strikers i would like us to look at in the closing weeks of the window are Gian-Luca Waldschmidt (Freiburg), Danny Welbeck (Free Agent), Neal Maupay (Brentford) & Youssef En-Nesyri (Leganes). I believe with the exception of Danny Welbeck all have the rest of their prime years ahead of them and will offer strong competition for Haller. I’ve added Welbeck to this list as his a useful player to have in the squad, if wages could be agreed his only 28 and is deemed to be a good character with good leadership ability. For the right wage i think he could be a good addition to the squad on a 2 or 3 year deal.

I haven’t mentioned any possible loan deals into the club as I believe Pellegrini isnt majorly keen on loan signings but should a top player become available for a loan with a view to buy late on in the window this could change his opinion.

Let me know what you think and who you’d like to see come in and leave before the Window closes.