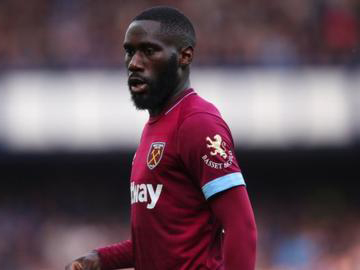 I happened to be working all day on Saturday, but I made sure I had two hours off in-between in order to watch us play Brighton. I am now wishing I had stayed at work; it would have been much more fun!

It was a rather hollow performance from the Hammers and we really got let off the hook by Brighton’s poor finishing. But all in all, a point at the AMEX is a good result for us and a sturdy foundation to build upon for the season to come. Overall, we weren’t at our best, but some players really stood out; here are our 3 best performers from the 1-1 draw on the coast.

Our jewel is back! Fans were very critical of Manu throughout pre-season, and honestly feared we were never going to witness him hit top form again following his ACL injury just weeks before he was set to start for Argentina at the 2018 World Cup. But, against Brighton, Lanzini looked like his normal self once again. When he is on top form, Lanzini is a brilliant presser and always wants the ball – and against Brighton he was the only creative spark we had on the field. He is obviously a fantastic dribbler and he used this talent to progress us up the pitch time and time again in a game where we struggled to dominate the ball, before grabbing the assist for Chicharito’s opener. With Fornals still adapting to the league, it is wonderful to have another creative genius back to his best.

Julian Dicks could have come out of retirement to play against Brighton and put in a better performance than Aaron Cresswell did at left-back against Man City. Cress was rightly dropped, and Arthur Masuaku took his place; truly nailing himself down as the starter for the season to come. Masuaku made five tackles and five successful dribbles against Brighton, the most of any West Ham player in both statistics. It was his tackle that lead to our goal and he was solid throughout. Ogbonna normally brings out the worst of Masuaku, with their eccentric styles often costing us goals, but against Brighton Masuaku looked more than capable of being a solid option for the season.

If fans made a list like this every week, Declan Rice would make it 99% of the time. Jack Wilshere has struggled at times, despite having a brilliant pre-season, whilst Fornals is being deployed out wide, which seems like a waste of his useful defensive output. Therefore, Rice is performing his one-man-band act once again this season, covering every blade of grass in order to stop every team landing a cricket score against us. His all-round game is visibly improving too. He completed the second most passes for West Ham, only behind Masuaku. He also created a chance, which is rare for a player in his position, especially considering how poorly we played on the day. Rice really is the heartbeat of our midfield, all he needs now is a suitable partner in the centre, so he doesn’t have to do all the work.