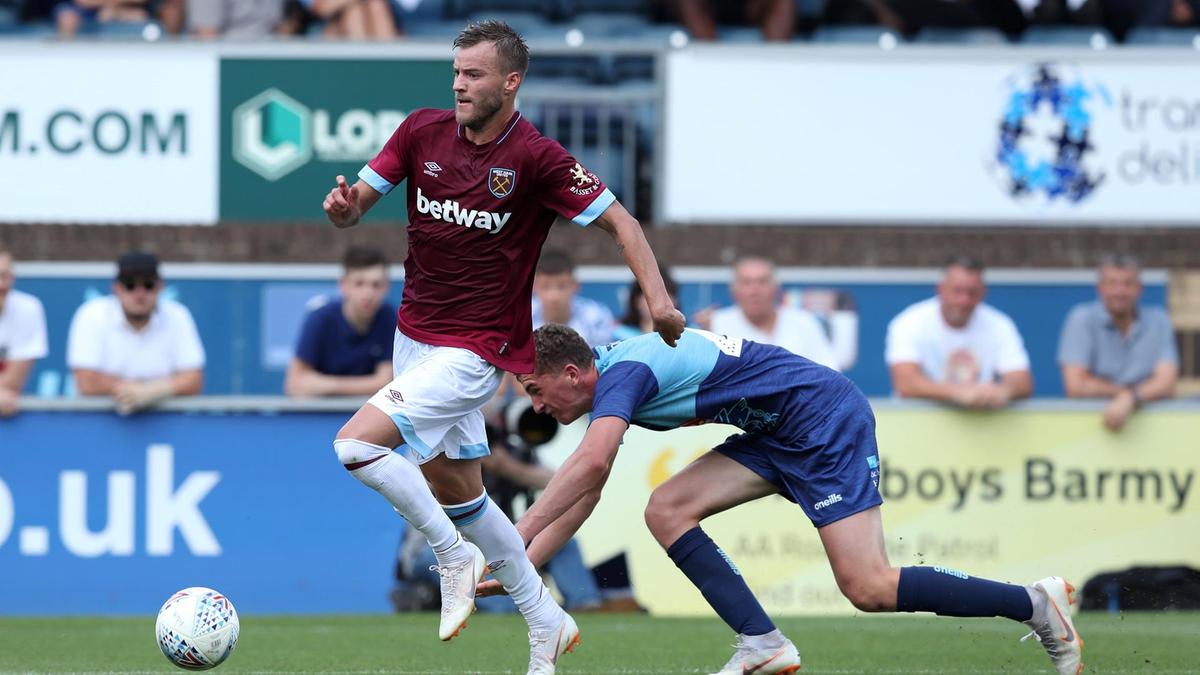 After a superb 2-0 victory at home against Manchester United, it’s now two goals in four starts for Andriy Yarmolenko. The forgotten man is now firing at a pace of one goal every 144 minutes, so could this be the year Yarmo finally fulfils his ‘Borussia Dortmund worthy’ £17m potential?

Before the Manchester United game, the fan barometer was somewhat negative towards Yarmo, and this arguably could be justified. Despite delivering two goals in four games, there were question marks regarding his pace, stamina, agility, and overall contribution – but let’s take a closer look at his performance against Manchester United.

44 mins – GOAL | Makes run down right flank for Noble but doesn’t get the pass. Gets straight back onside in an Inside Forward position. Receives difficult ball from Anderson, his first touch takes it away from Maguire and his stretched left footed finish hits the side netting. Two touches and quick thinking in the box

48 min – Gets a shot away but deflected

58 mins – Receives ball on break, good position, fails to make anything of it, poor decision making on pass leads to loss of possession

61 mins – Good build up play and heavily involved in ball retention. Plays Anderson through on goal for clear opportunity

69 min – Received ball on break on right flank, plays in Fredericks but comes to nothing

71 min – Receives ball on flank, great footwork and stepovers, unpredictable, cuts in, plays it off

Yarmolenko’s performance against United showed us why Pellegrini trusts him so much. When Yarmo was on the ball, he looked composed and completed all of his dribble attempts. He showed natural goal scoring ability and his clever positioning was clear to see.

There are still question marks over his agility, pace, and decision-making in general, but his technical ability is evidently impressive. His great footwork, cut-backs and step overs in the final third made him very unpredictable in possession. It also seems as though he’s nearing full match fitness, being able to aggressively press the opposition in the last 10 minutes.

All in all, Yarmo is an exciting prospect on the right wing and his performance today should excite the West Ham fans. As Yarmo returns to full match fitness following his injury, the Hammers could have yet another top player in the starting 11.