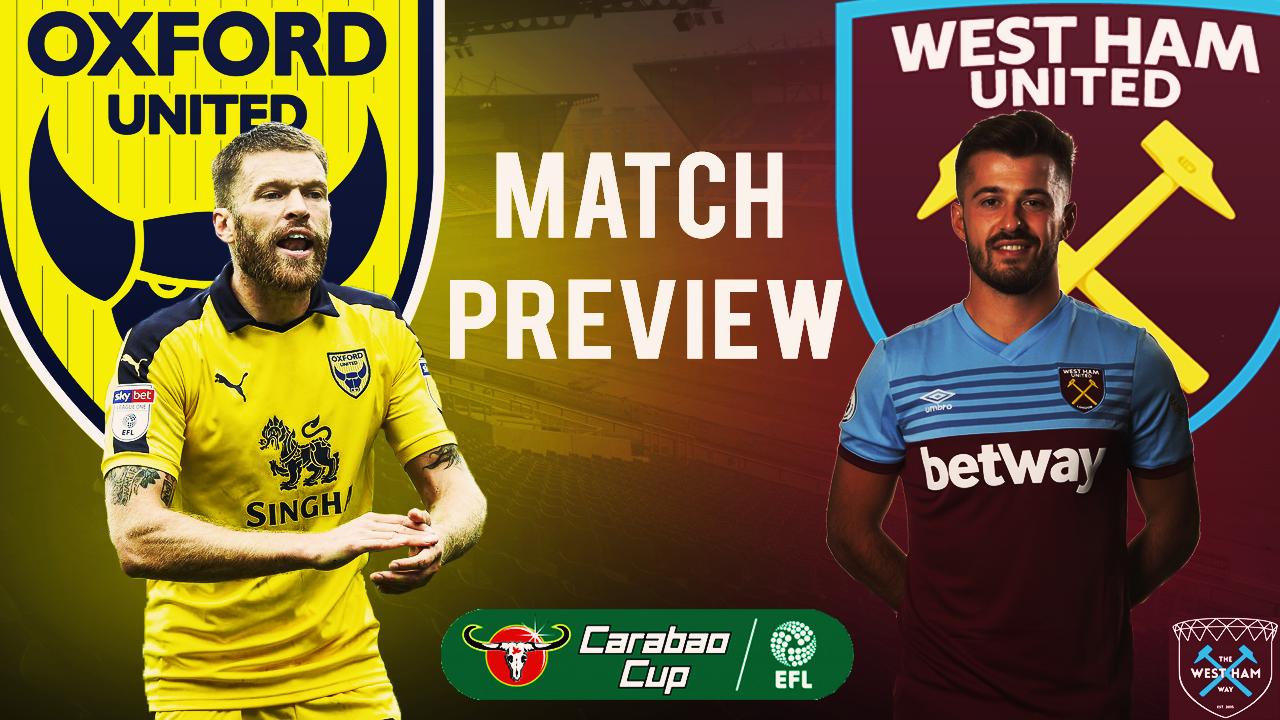 Happy days for the Happy Hammers at the moment. Flying high in the league feels great and why not enjoy it while we can. Maybe…just maybe we can stay there for a little bit longer. Manchester United were not that great and West Ham played with an attitude that Pellegrini has been trying to install into the club from day one. Finally we may be seeing the result.

But fresh from the news that Tottenham have just been knocked out of the cup by Colchester I feel that things are going a bit too well. Oxford are our next banana skin to slip up on. Lets hope we don’t

Oxford United have played 10 games already in the league and while they didn’t start well they have picked up some form recently winning 2 of their last 3 games and drawing the other one. Oxford earned their place in the 3rd round of the cup by beating Millwall in the previous round.

West Ham are on a bit of a roll form wise at the moment. Unbeaten since the opening game of the season and clean sheets in our last 4 games. We really have been playing well. Who knows how far this team can go providing they stay injury free.

Injury news for the home team is there is no news. They report a full bill of health for the coming game.

West Ham on the other hand don’t have any more injuries to report. Reid is still not fit and Antonio is out. But I do expect the manager to make a lot of changes.

Big changes but a team with more than enough ability to beat the league 1 outfit. I feel sorry again for Diop who never seems to get the rest he probably deserves. But also looking forward to finally seeing young Holland finally get a game who has been in great form for the under 23’s recently. It might not be as easy as the Manchester United game but I think we will win the game 0-2 with goals coming from the debut boy Holland and Ajeti to get off the mark as well. I hope we get Colchester at the London stadium in the next round so we can give them a huge round of applause.