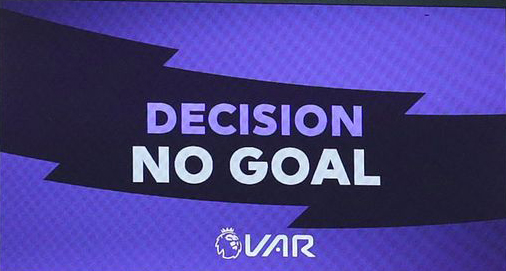 VAR has caused a lot of controversy in its first three months in the Premier League. Mike Riley, the Managing Director of the Elite Referee’s Body, PGMOL, has already admitted 4 incorrect decisions made by VAR. One of those was the penalty appeal from West Ham in the 2-0 win over Norwich. Sebastian Haller was brought down in the box, however the referee waved away appeals for a spot kick and VAR wasn’t consulted. Fortunately, it had no impact on the result. David Silva also had a penalty appeal incorrectly turned down in City’s 3-1 win over Bournemouth. Again, no impact on the result.

The other two confessed mistakes could have a major impacton two clubs who could be in a relegation battle come May. Firstly, in Leicester’s 3-1 win at home against Bournemouth, Youri Tielemans was mistakenly not sent off for a tackle on Callum Wilson. Tielemans went on to score Leicester’s 2ndgoal and give them the lead. If Tielemans was having an early bath, the chances of Leicester seeing out the entire second halfto hold onto a point are slim. On the same day, Newcastle snatched a point at home against Watford, despite a handball missed by VAR in the lead up to their goal. This was Watford’s first point of a torrid season so far against a team who could easily join them in the relegation scrap.

Just last Saturday, The Irons were on the wrong end of another very controversial VAR decision. Late in the game against Crystal Palace, Kelly’s header back across the six-yard box for Ayew was initially given offside by the linesman. After review that was overturned. The process of VAR making the decision has been heavily scrutinised, with many arguing that the lines marking player positions were inaccurately drawn affecting the decision made. Due to the tightness of the decision, it is unlikely that the League will openly admit a mistake. How long they can get away with keeping quiet is unknown, but if other clubs suffer similar fates, fans will demand answers.

On the 12th September, the Premier League announced there had been 227 VAR checks. West Ham have had 3 decisions overturned in their favour, all goals initially allowed but then overturned for offside, against Man City, Brighton and Bournemouth. We have also had 2 goals initially disallowed but then overturned. They are Bournemouth’s first goal in our 2-2 draw and Palace’s second in the 2-1 defeat. There was also Aguero’s retaken penalty, where the first effort was saved but retaken and scored after encroachment by Rice.

Overall, that suggests VAR has been equal for us, as we have been on the right and wrong side of some close calls. The decision for Palace’s late winner was in a very tight game, creating more emotion and disappointment to lose like thatwhereas the disallowed goal for Manchester City was in the middle of a 5-0 humbling. The context a VAR decision is made in has a huge impact to the reaction to it, and unfortunately, we are yet to benefit in a situation as important as our latest defeat.

The Premier League said before the season how it was expecting controversy and it would be a few years before fans were used to the process and any issues were ironed out.There will be times that teams feel unlucky, but this is a learning curve to everyone and less mistakes are being made.This means there will be errors, but VAR is worth giving time if it can benefit the beautiful game.