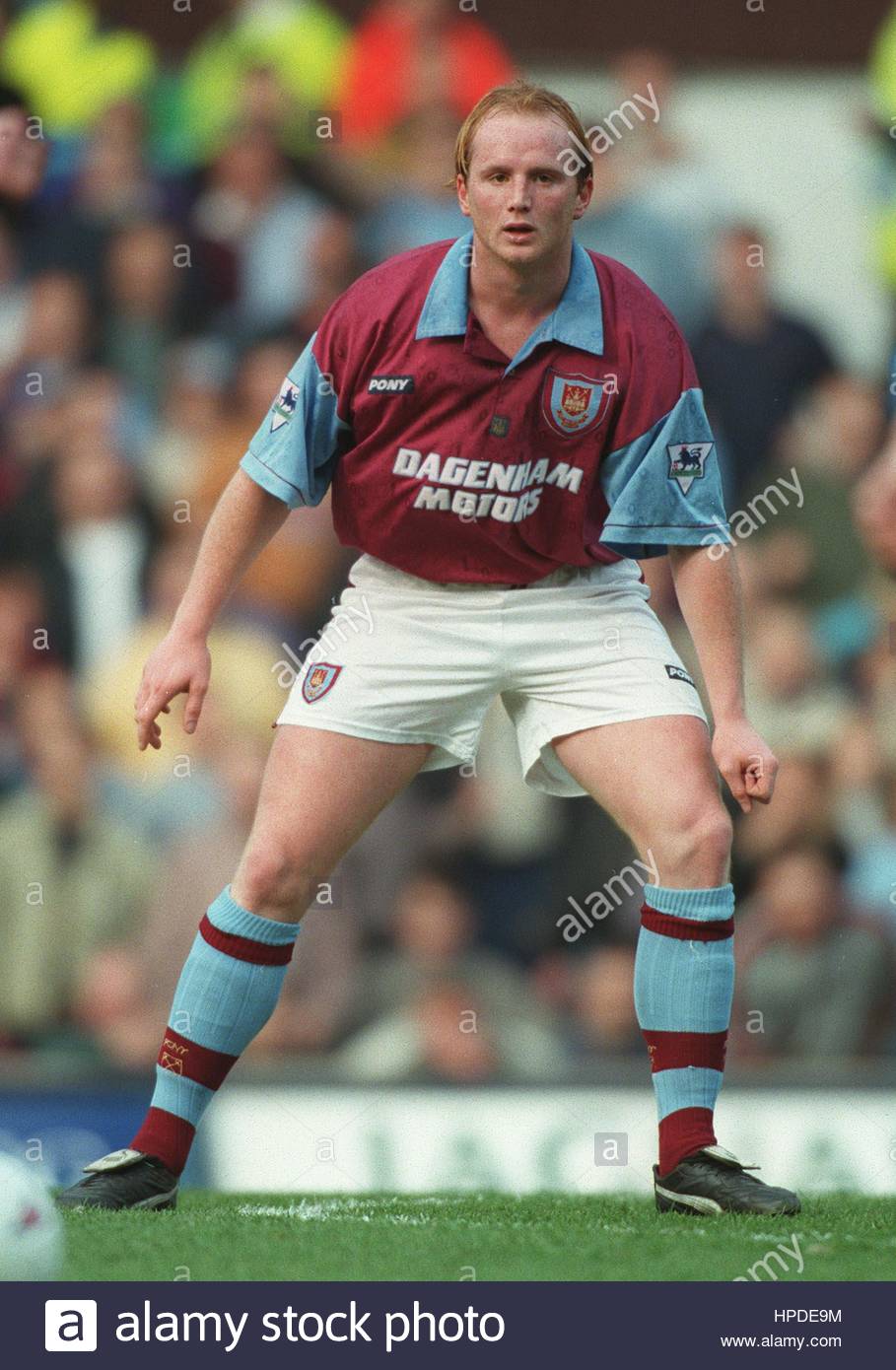 We are delighted to announce that we have a new guest featuring before the FA Cup game against WBA, Super Johnny Hartson. Hartson made his debut for West Ham on 15 February 1997 alongside another new signing, Paul Kitson. West Ham lost 1–0 to Derby County and Hartson was booked. His first West Ham goal came in his next following game on 24 February 1997, a 4–3 home win over Tottenham Hotspur. In his first season, he scored five league goals from eleven games and was instrumental in helping West Ham rise from 18th when he joined to a final league position for 1996–97 season of 14th. The next season saw Hartson finish, with 24 goals in 42 games in all competitions, as West Ham’s top scorer. Hartson’s goal tally was in all a considerable margin ahead of the next highest scorer, Eyal Berkovic with nine goals. He was also the second highest scorer, behind Andy Cole in the Premier League in that season. In the 1998 close season, Manchester United chairman Martin Edwards and assistant manager Brian Kidd expressed their desire for Hartson to sign for Manchester United to manager Alex Ferguson. However, Ferguson decided against making a bid for Hartson. In a training ground incident in September 1998, Hartson kicked West Ham teammate Eyal Berkovic in the face, after the Israeli midfielder had punched Hartson in the leg as he attempted to help Berkovic to his feet. The incident was captured on camera. Hartson was fined and admitted in his biography that it was an error of judgement.[17] Berkovic said of the incident “If my head had been a ball, it would have been in the top corner of the net”.
His form suffered and he managed only four goals from twenty games in season 1998–99.[19] His final game on 13 January 1999, saw West Ham lose 1–0 in an FA Cup tie against his hometown club, Swansea City.

Our new location is O’Neill’s in Leytonstone which is a spacious, comfortable venue that has a state of the art sound system and a large projector showing footage of classic games and goals. As always, this event will be hosted by our very own Mark Ward and will include top quality music, a superb raffle and a variety of alcoholic and non alcoholic beverages inclusive in the price.
For those driving to this event, there is also a generous amount of parking spaces available at no cost and the venue is easily accessible from the A12, M11 and M25 .

We are delighted to have announced that we have slashed the ticket prices (by £5 each) yet kept everything else the same. Tickets are £25 per adult and £10.00 for U18s and comes with the usual benefits associated with a West Ham Way event. We have decided to stop the booths going forward for various reasons, so all tickets have the same perks now!

If you would like to sponsor the event please get in touch.

You DO NOT want to miss this so please book ASAP to avoid disappointment! When the tickets are gone, they are gone! We have reduced capacity to improve the experience and we have listened to various feedback to continue to improve the new experience.
Tickets are £25 per adult and £10.00 for U18s (if booked in advance online) and comes with the usual benefits associated with a West Ham Way event.

Get your tickets here: https://buytickets.at/thewesthamwayevents/339233

You DO NOT want to miss this so please book ASAP to avoid disappointment!