Jeremy Ngakia and the Academy of Football conundrum

The headlines will all read “Jeremy Ngakia is leaving West Ham on a free transfer.” Pundits will be aghast as to how we’ve let a young English prospect slip through our fingers and the board’s mouthpieces will be pinning the blame on a greedy young lad poorly advised by his agent. Let me tell you, this is not the real story here. The real story, like it or not, is that this contract saga proves that the Academy of Football has failed again.

Jeremy was a surprise inclusion in the first team this season for West Ham and shone against tough opposition in Liverpool as well as being solid against Wolverhampton (despite everything that is going on). Coming from obscurity, he is now highly rated by fans after a great start, locked in a contract dispute with West Ham and chased by several Bundesliga clubs. Is anybody else getting déjà vu here from another promising youngster, perhaps one of the Oxford variety? The difference is, Ngakia has played more games for us in 6 months than Oxford did in 3 seasons.

This article could easily be an 800 words rant about how short cited the board are and why are they willing to pay Zabaleta 10 times what Ngakia is asking for when he is retiring in 2 months anyway. Several youth players have signed extensions of late, presumably because they don’t want anything more than the basic money that they are already on which suits our billionaire owners down to the ground, but I digress. But the main problem with the above scenario is that it appears our academy coaches could not see the value he would bring until it was too late, and therefore he was still on a short-term contract when he made his debut.

It would appear that only in the last few months has he been rated by anyone, and in that time other clubs will also have been watching him. You can blame the board for a lot of things, but you cannot blame them for not being able to see in the future and ignoring what the coaching staff have said up until January. Ex even said on the podcast it was quite a surprise he made it to the first team, and if memory serves me correct there were doubts over his mentality to make it in the game. You could assume based on that; he was probably set to be released.

The question must be asked, how many others were written off by coaches the way Ngakia was but just needed a chance? The case of Greg Pearson springs to mind. Few may remember him, but he had a good goalscoring record in youth system from what was posted in the monthly West Ham magazine back in the day. He was in a few match day squads for cup games but ultimately released to little fan fair in 2004 and looking over his stats, carved out a journeyman career in league 2 and Conference Premier teams averaging just under 1 goal every 3 games. Had he been given the change Jeremy Ngakia was given, could he have made it at a higher level? Maybe, maybe not. But this situation begs the question, there will be many examples like Pearson.

On the flip side, how many hyped players from our youth system fail to live up to the hype? Names like Reece Oxford, Freddie Sears, Rob Hall, Bondz Ngala, Elliot and Olly Lee, Dan Potts, Chris Cohen and Dominic Vose all spring to mind. Each having varying levels of success with lower league teams, with each being typed to go to the top. Well, maybe not Chris Cohen who had a good championship career with Forest.

In order to avoid this in future, we may have to include youth scouting, coaching and the technology used to determine performance and potential to the growing list of things needed to improve West Ham. Let’s add that to the “to do” list in the main portacabin at Rush Green eh? It’ll be somewhere between Brady’s next pay rise and a budget pre-season tour in Lativa. 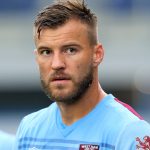