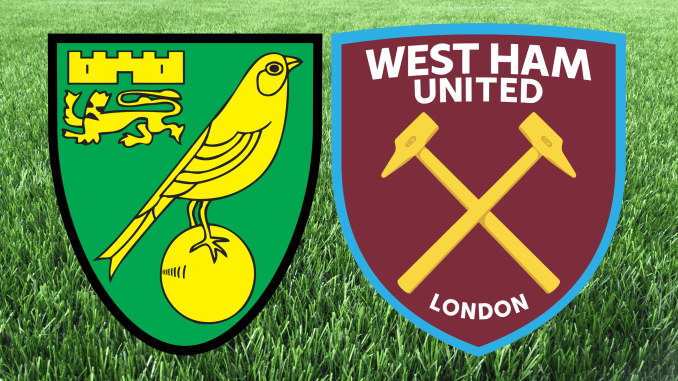 Frustration is all I can say about the game against Burnley, I actually think we played well against an organised and well drilled team and just lacked that killer instinct to put the ball in the back of the net. Antonio for all his work rate and hustle. When he has to think too much about the finish he struggles and needs to rely on instinct. The long-awaited return of Haller could hopefully take the pressure of Antonio and allow him to do what he does best.

Turning our attention to bottom placed club Norwich City who have struggled all season and are without a win since the return of football and could be relegated today if results go against them. When you are desperately in need of a win who better to play than West Ham.

The great result against Chelsea seems like a long time ago now and we really need to get some wins under our belt. While I still think 35 points should be our target, we may also survive with just 1 more win and who better to play than Norwich. Norwich are going to run and work all game but you really have to hope that our quality shines through just 1 more time this season.

Team news for both clubs are West Ham will still be without Snodgrass and Anderson who have both returned to light training which is good news for Snoddy as it was feared he would miss the rest of the season. Noble should return to the squad as well.

Norwich have Cantwell missing and also joining him on the side-lines are Zimmerman, Leitner, Hanley and ex Hammer Sam Byram.

I don´t want to sound over confident because it will not be an easy game but if we get an early goal in the first 15-20 mins, I think that could knock the confidence of a team that has been staring at relegation for most of the season. We will win 0-3 with Antonio getting 2 goals and the other coming from Bowen.