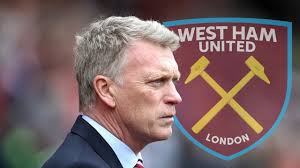 Slicker than your average? Maybe not. But David Moyes has done the job he was asked to do and kept West Ham out of relegation trouble. So, with a reported £2m bonus on the way to his bank account, the question has to be asked if it was value for money.

On his second stint, David walked in and said that’s what he does, he wins games. A comment of such self-confidence that opened himself up to being notoriously mocked before he’d taken charge of a match. Considering their plight at the time, his appointment was understood and accepted by most West Ham fans; however this statement didn’t resonate so well. He was not the moyesiah, but a very haughty boy.

The start of the season with Pellegrini in charge and a raft of snazzy signings heightened the optimism levels of even the most cynical hammer. But when that all started to fall apart and the team seemed incoherent and out of sorts, the appointment of reliable David had the Goliath task of turning it around with a group of players signed for a completely different style of play.

With hardly any transfer budget, obvious areas were needed to be strengthened, in came:

-Cheap home-grown pacy winger? Bowen’s 747 times better than what we had.
-Reliable partner to Declan Rice? Souceck that box.

It also would have really helped the squad to have had such an experienced manager in unprecedented lockdown times and even more so with the odd return to training schedule. But this seemed to help the team’s fitness, that previously seemed to really struggle when playing more than one game a week.

So, here lies the dilemma. Do you stick with the hand you have or risk it for another? It seems like it would send a dangerous message to any future manager recruited by the board, if every step you take or move you make for a player is the correct one, and yet still find yourself walking out the exit door.

With so many players available to be transferred again, stability is needed. Especially with such a quick turnaround to next season in September. Not all of these players will be moved on and replaced in such short time frame, so the manager will have to bring out that hunger and competition for places, every single day and every time they play or they’ll be excluded.

Although not the aspirations many are hoping for, David Moyes has earned the opportunity to continue at the helm. Especially after coming to bail-out West Ham not once, but twice when in perilous positions and overseen two packs of players underperforming.

The Board would do well to utilise this time to focus on lining up the next appointment, take time to do it properly rather than in desperate times when slipping further and further down the table.