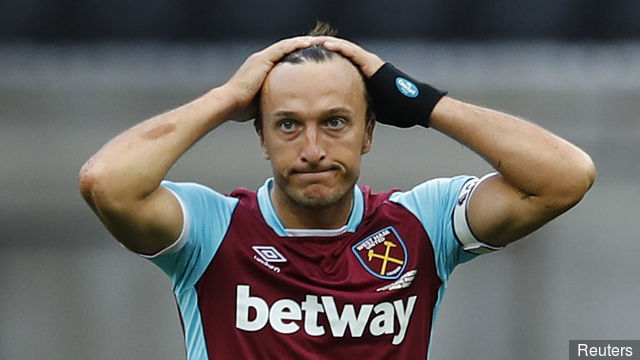 Over the past 30 years, the West Ham academy has produced some of the finest players in England. Frank Lampard, Rio Ferdinand, Joe Cole and Michael Carrick have all represented their country and enjoyed immense success at club level. Since the turn of the millennium, academy graduates have featured for the first team in varying capacities, none more prominently however than Mark Noble. The Canning Town-born midfielder made his debut for the Hammers in 2004 and since then has gone on to make over 500 appearances. Now team captain, Noble’s commitment to the club over the years has been unwavering and has seen him being rightly dubbed “Mr. West Ham.” So when a player with such status releases a statement expressing his anger at the sale of fellow academy graduate Grady Diangana, the fan base tend to listen.

Quoting the official club statement on Twitter, Noble expressed his disappointment, anger and sadness at the sale of Grady. His sentiments were quickly followed by those of Declan Rice, Michail Antonio and Robert Snodgrass who all commented on the new West Brom man’s Instagram. While fan opinion towards the board has been well-established for a while now, the players have previously been relatively silent on matters of controversy. With Moyes reportedly unhappy with the decision and the player himself reluctant to go, all questions lie at the permanently closed and unwelcoming door of the board. The comments from Noble and his teammates appear to have exposed the state of the club behind the scenes. Boiling point appears to have been reached before a competitive game has even kicked off.

Moyes has already voiced his opinions as regards strengthening the squad. In particular, the need to bolster the defence. With a £27 million bid for Burnley’s James Tarkowski recently rejected, it will be interesting to see where the club goes from here. The Hammers conceded 62 goals last season and lost 19 of their 38 games. Tarkowski is a fine player and would undoubtedly improve the back line but, as can be seen from past transfers, throwing money at a problem is sometimes not the solution. Financially, no one can be certain of what state the club is in other than the board. It is expected that the money generated from the Diangana sale will go towards Moyes’ transfer budget. However, as well as the selling of a promising young talent, it appears to have come at a substantial PR cost both from a fan and player perspective.

The recent comments from Mark Noble and his fellow West Ham players so close to a new season are a real cause for concern. If there were no coronavirus, a repeat of the 2018 fan protests would no doubt be taking place on an even larger scale around the London Stadium this weekend. What West Ham fans want above all else is clarity. The disconnect between the fan base and the boardroom is greater than ever before at a time where unity is most needed. With players now also starting to turn, Gold, Sullivan and Brady appear to have two options. They can genuinely attempt to rectify the situation and prove to fans once and for all they do have the best interests of the club at heart, or they can sell up. Based upon their track record over their 10 years of ownership, it is likely that they will choose to do neither. It can only be hoped that the toxicity they have cultivated off the pitch does not spill over into the upcoming performance against Newcastle this weekend.