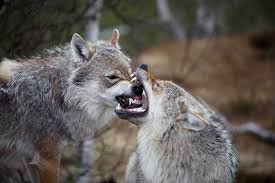 Jonathan Lee > Another topsy turvy game in which we were again excellent for 30 minutes but nearly let it slide away again, ultimately though a decent away win and up to fourth place. The absence of Rice and possible injuries to Lingard and Antonio could be pivotal though in how our season eventually pans out.

Fabianski – 6.5 made a couple of decent stops but no chance with either goal;

Coufal – 7.5 back to his best fighting for every ball and playing an important role in the build up to our first goal;

Diop – 5.5 sub-par performance, earning an early booking and lack of awareness for the first goal conceded, also lucky to get away with a poor second half clearance that Dendoncker fired over;

Dawson – 6 another who earned an early yellow but did make some important blocks second half, distribution was poor though;

Cresswell – 6.5 decent long ball to Lingard started the build up to our second and generally played steady although at fault for positioning on Wolves second goal as he needlessly drifted into midfield;

Arthur – 6.5 first senior game back in four months and did well, good assist on our second goal but looked reticent to take the ball forward when well placed at times, subbed on 67 mins as understandably tired;

Noble – 6 did the basic things well but on three or four occasions lost the ball in positions which could have cost us;

Soucek – 7 unfortunate with ball striking his arm for disallowed goal second half but put in a decent shift to cover the loss of Declan, calm simple ball out of defence to Lingard pivotal in build up to our third goal, was unaware of Dendoncker run behind him for the first home goal;

Fornals – 7.5 wonderfully taken finish for our second, lovely back heel flick to start the move for our first, and ran his socks off before being subbed;

Lingard – 8.5 stunning opening goal, lovely control on the bye line in build up to our second, and wonderful run (with literally half the Wolves outfield players chasing him) to set up Bowen for our third, let’s hope his leg worry at the end is not too serious;

Antonio – 7.5 mark would be higher maybe if he had played more than half an hour but a constant menace in the time he was on, striking the post early on and helping create space for Lingard’s opener, his last involvement saw him bully his way past three defenders before hitting the side netting – a possible hamstring injury may restrict his involvement in the run in;

Bowen – 7 (35 mins for Antonio) took his goal ever so well and went close with a header second half (although Diop would likely have been flagged for offside running back and interfering with play if it had gone in), another who run himself into the ground but without seeing much of the ball;

Johnson – 7 (67 mins for Arthur) gave some stability down our left wing and played solidly to preserve the win;

Benrahma – 5 (78 mins for Fornals) saw very little of the ball and made no real impact on the game.