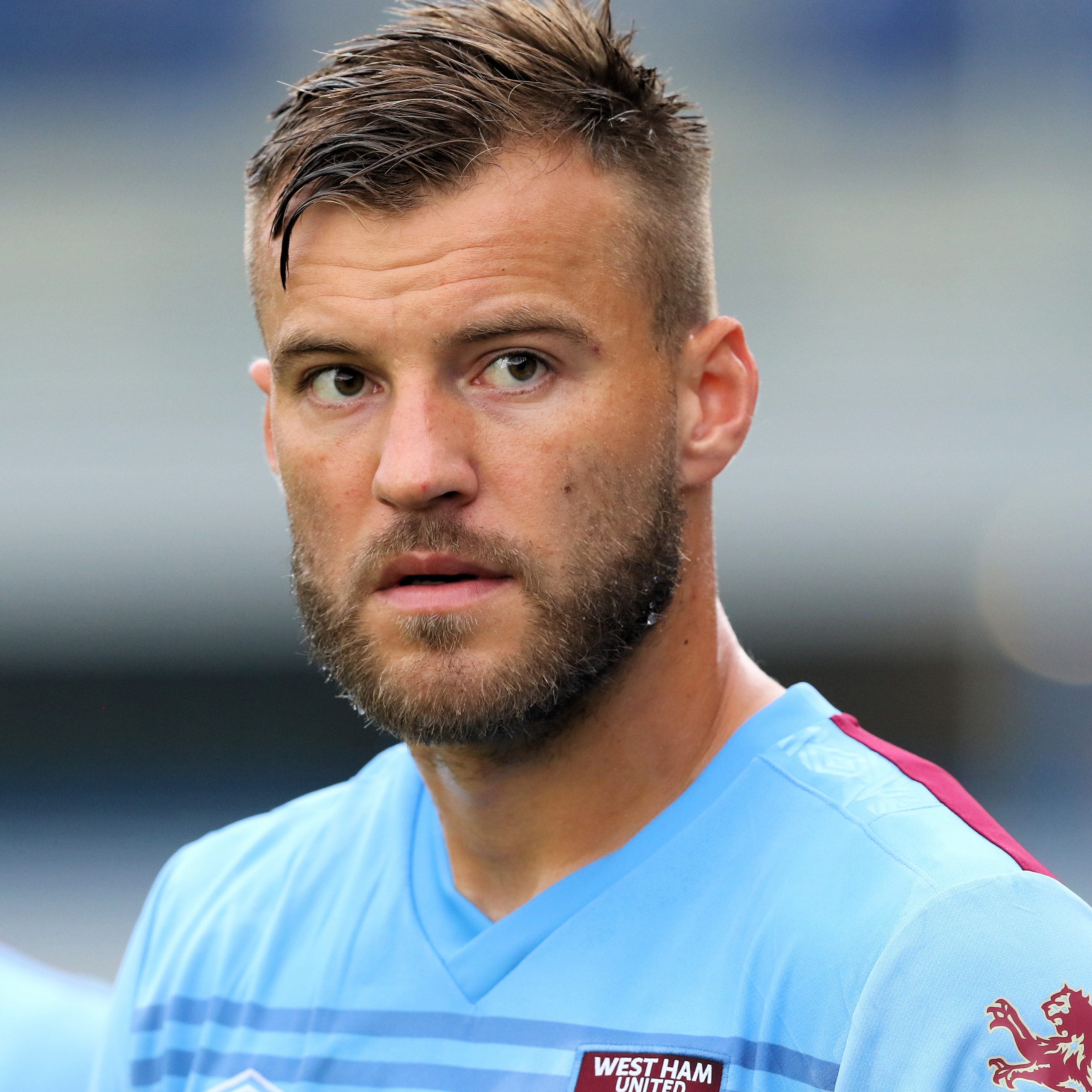 Jonathan Lee > If anyone had offered us sixth place and Europa League group qualification back in August 2020, it’s pretty sure most of us would have taken it big time.  A draw to look forward to now at the end of August this year, but for now it’s time to mark the season just gone, on a player by player basis (alphabetical order).

Antonio – 7.5 at times a complete handful for defenders, remember that glorious finish against Man City at home back in October (plus the first player to score home and away against City since Iain Dowie in 1995/96) – but in certain games marked out of the match and played out too wide; injury and those dodgy hamstrings reduced his contribution but now only two goals away from beating Paolo Di Canio’s Prem scoring record which will surely follow next season, hopefully a new striker or two will help ease his workload in 2021/2022.

Arthur – 6.5 his season was curtailed in December by knee surgery but had turned in a couple of promising performances before then with his trickery down the left wing, will be interesting to see if he is part of Moyes’ plans next season.

Balbuena – 6.5 probably seen as fourth choice centre half but never let anyone down when called upon, received a ridiculous red card for kicking the ball away against Chelsea in April (later rescinded), he has said his goodbyes to the club on social media and most supporters will wish him well for the future.

Benrahma – 6.5 found it hard to establish a run in the team and many wonder whether he is really the sort of player Moyes likes or something of a luxury squad player, a fine first goal against Brighton and a handful of assists suggests he has more to offer next season.

Bowen – 7.5 possibly subbed on or off more than any other player this season, could never be faulted for effort and contributed a number of goals and assists, end product can still be improved further though as there were a number of opportunities in the final third where the wrong decision was made.

Coufal – 9 one of our stand out performers over the season, getting up and down the right wing and putting in several decent crosses, one of the few right backs in the league to keep Grealish quiet; the only real criticism can be that on the handful of times when well placed to shoot he froze, his experience of European football will be important next season.

Cresswell – 7 one of the highest assists in the league for defenders (notably from corner deliveries) and generally played solidly, looked more comfortable playing some games as the left of a back three.

Dawson – 7.5 many an eyebrow was raised on his arrival from Watford but for the first dozen games played ever so well, tailed off slightly in the run in with the notable red card at Newcastle not his finest hour, will continue to be an important option at centre half next season.

Diop – 6.5 an up and down season, another who struggled at Newcastle and could not cement his place in the team after Covid struck, but several games where he did little wrong, on a couple of occasions even bringing the ball out of defence in Rio like fashion, but still at a young age with plenty of potential and the ability to improve his all round game.

Fabianski – 7 forced to miss a handful of games through injury but for the most part reliable, another whose low point was arguably Newcastle away as well, the quality of the defence in from of him meant very few world class saves were required.

Fornals – 8 arguably the hardest worker in the team but for some games the quality didn’t quite match and on occasions had a tendency to disappear, but when he was firing on all cylinders he looked a quality player frequently being involved in goal build ups or direct goal assists, the away goal at Leicester was just pure genius, if he can continue the goal scoring form shown against Southampton on the last day we will have a seriously good player next season.

Fredericks – 6.5 very much a squad player this season but, credit to him, he never let anyone down when he did come on and his pace often saved him from lapses in concentration when they did occur, that killer ball when in the final attacking third needs working on over the summer, if an offer came in Moyes might accept.

Johnson – 6 another who was very much a squad player this season, his high point coming when scoring against Brighton at home back in December, continues to be played at left back when more naturally a right back but another who is young and has the ability to improve.

Lanzini – 6 unable to tie down a good run in the team, nobody will ever forget that sublime injury time strike against Spurs back in October, and latterly looked comfortable playing in a CDM role alongside Soucek before injury curtailed his season.

Lingard – 8.5 came in on an expensive loan arrangement and set off like a steam train, scoring goals aplenty (and not just tap ins) and also contributing assists, by his own high standards he tailed off a little in the last half dozen matches but seemed genuinely popular in the dressing room and without doubt played a big part in giving us the impetus to challenge the big boys and ultimately finish sixth. Moyes seemingly wants him on a permanent basis but no guarantees this will happen.

Noble – 6.5 the club skipper professionally accepted this season that his game time would be limited, seemed best suited to coming on and seeing a game out rather than competing from the first whistle, a couple of times the lack of speed in his legs showed but more often than not he didn’t let the team down. Nice he will have a European campaign to look forward to in his final season.

Ogbonna – 8.5 until a late challenge from Martial at Old Trafford put him out of action for several weeks, had looked a likely contender for HOTY, using all his experience to command the back line, and in addition heading important goals against Villa, Leeds and WBA. The wrong side of 30 suggests not too many seasons are left in him but will be an important asset in our European campaign next season.

Rice – 9 another quality season from the young man who was playing at a consistently high level until suffering an injury on England duty, fitting that he should score our last goal of the season cementing our Europa League place, everything points to him staying at least another season which would be fitting given our impending overseas adventure.

Soucek – 9 aside from the last half dozen games where it looked like the season had maybe started to take its toll a little on his legs and mind, he was simply outstanding in both boxes, scoring ten goals including important winning goals against Fulham in November and Everton on New Year’s Day, finished in the top five for midfield aerial battles won across the top European leagues (England, Spain, France, Germany, Italy), made the game look effortless and was willing to put his head in where it hurt. Another whose prior European experience will prove invaluable next season.

Yarmolenko – 5 actually started the season in reasonable form and one of our better players, but sadly this soon tailed off as loss of form, confidence and injury came to dominate his season, looks likely he will be sold for a minimum sum over the summer.