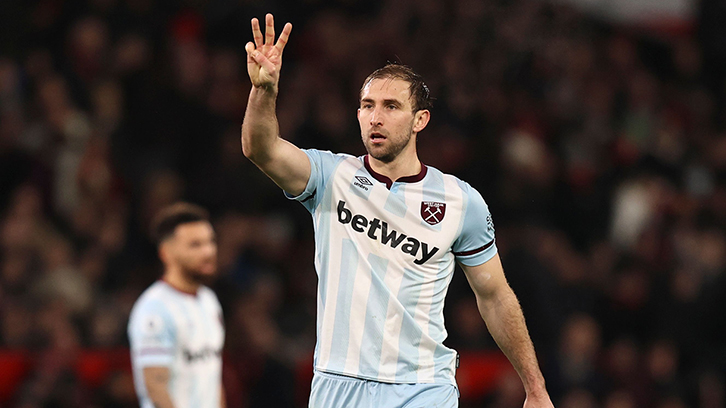 Craig Dawson has reflected on the disappointing loss against Manchester United at the weekend, but has stressed there is a long way to go in the race for top 4 this season.

West Ham conceded a 93rd minute goal in the 1-0 loss to the Red Devils in a move that looked to be offside, but Dawson pointed out there was a lot to take from the game.

“We worked very hard, but unfortunately we didn’t come away with anything to show for it.

“We knew Manchester United’s qualities and we’d prepared all week trying to prevent them from creating chances. I thought we did that well throughout the game, but Manchester United don’t give up and obviously scored in the final seconds.

“There’s a long way to go in the season, so we’ll be back on the training pitch and working to hopefully put things right.”

Dawson was also full of praise for vice-captain Declan Rice, who was again influential in the game at Old Trafford.

“He’s obviously a top-class player and getting better week in, week out,” added the defender.

“It’s great to play behind Declan, and he’s clearly got a big future ahead of him.”