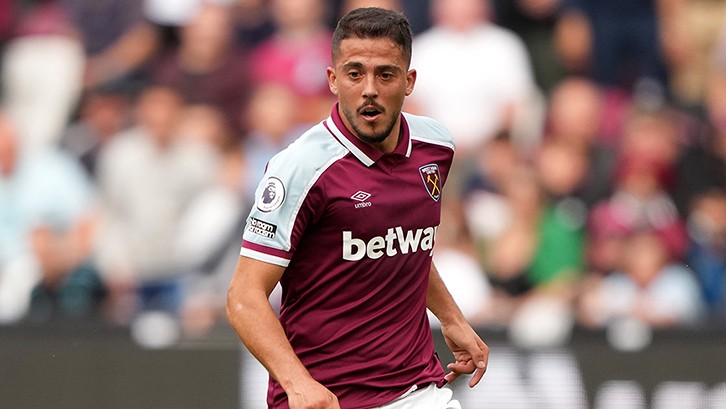 Pablo Fornals has echoed much of the frustration felt by all following our disappointing draw at home to Newcastle at the weekend.

Performances have been somewhat lacking of late and the Spaniard has stressed that West Ham cannot accept this and form needs to be rediscovered.

“I don’t think we can accept a point as a result,” he admitted. “We should win, but in the end better one point than none.

“I thought we played a bit better than we did against Leicester, but obviously it’s very difficult when you concede a goal close to the end of the first half.

“That makes it a bit tougher to come back but I thought we did really well, had chances to the end and proposed for the whole game how we want to play.

“We are playing a bit different to the first part of the season, all we have to do is fix it and try to improve together as a team.

“I think we improved from Leicester but it wasn’t enough to get the three points.”

Although our Irons haven’t been quite at it in recent games, Fornals has said that the growth is a process and performance levels will improve again.

“I think it’s most important to keep taking points and still pass rounds in the other competitions.

“We are the first ones who want to fly everytime, who want to be fighting with the teams at the top, but all of this is new for every one of us.

“It’s a process and I can say this, and this is a truth, that we’re not losing games, so the thing is all of us are disappointed [in recent performances], but at the end of the day it’s better to go home with one point that without.”