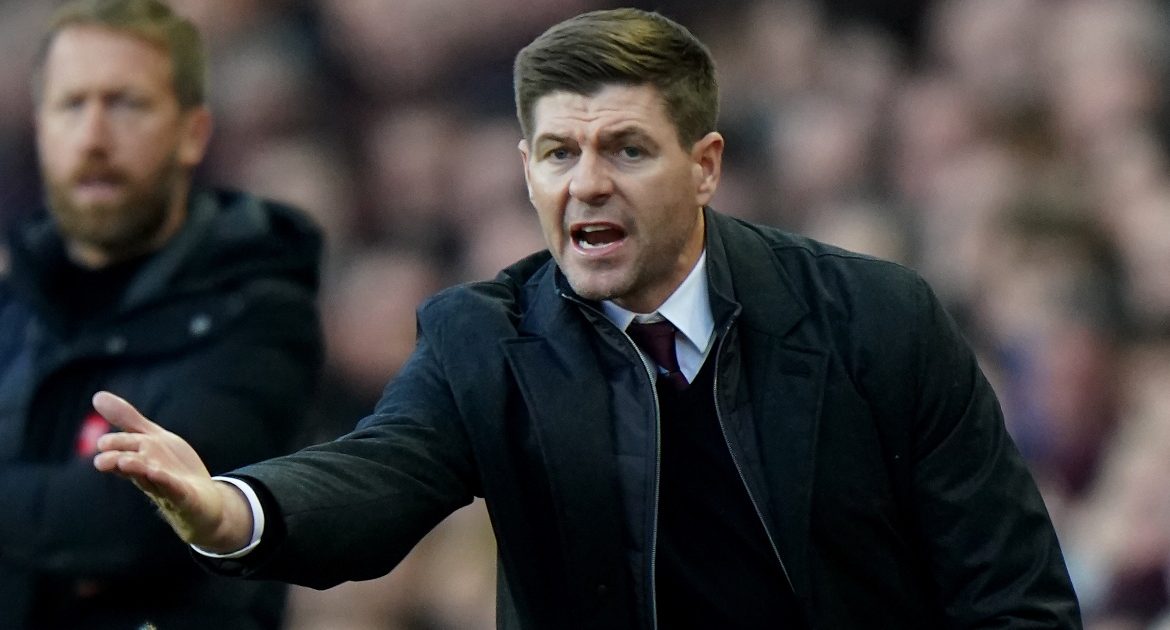 West Ham tomorrow face off against Steven Gerrard’s Aston Villa side in a must win encounter, with the former Liverpool star giving high praise for the work done to date by David Moyes.

Moyes have overseen a huge transformation in East London, going from a side battling survival, to one now competing in Europe and in the high end of the domestic table.

Gerrard himself has an impressive record to date as a manager, having guided Rangers to a league title and then rejuvenating an Aston Villa side who looked destined for the drop.

The Villa boss has spoken of his admiration for Moyes and his staff ahead of what is likely to be a fiercely fought contest as both sides are in need of the points for different reasons.

“From what I hear from the outside, his coaching staff all do a great job of supporting him and they’re all doing a great job for West Ham,” said Gerrard.

”They’re competing in Europe, which is a long-term goal for ourselves.