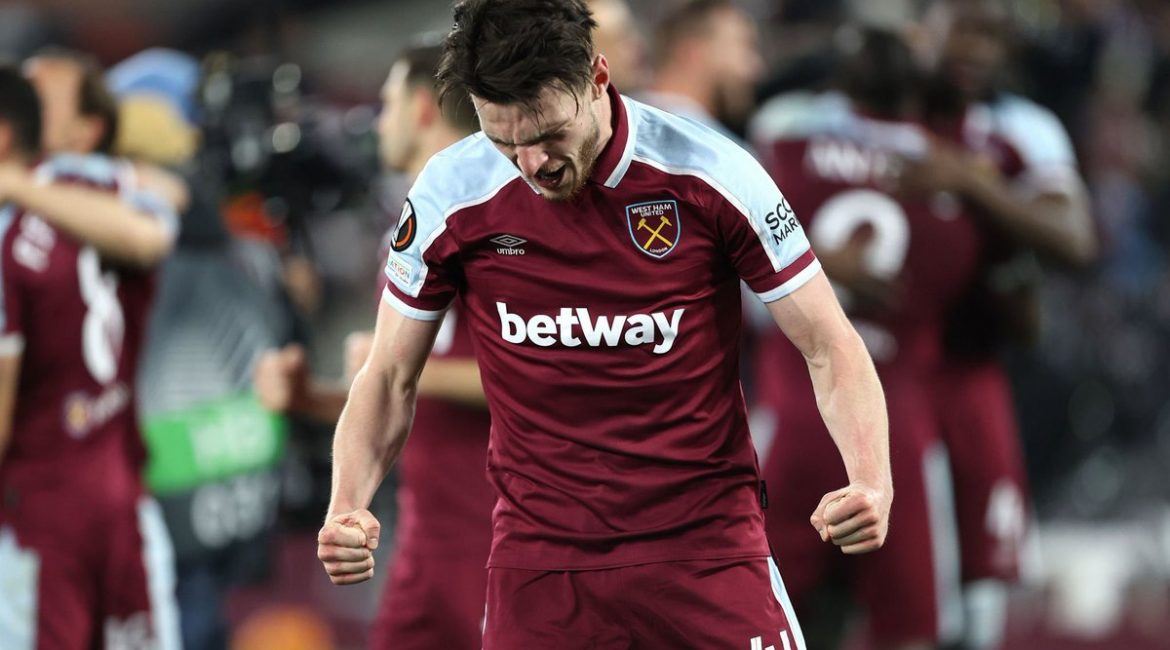 David Moyes was bullish in his assessment when asked about the seemingly never ending media speculation surrounding the future of our talisman Declan Rice following our win over Everton on Sunday.

West Ham were victorious over the struggling Toffees, however Moyes was once again quizzed over the future of Rice with a big summer ahead on the horizon for the club.

Moyes’ answer was blunt and affirmative surrounding Rice’s West Ham future; “No, he is not for sale,” said the Irons boss.

This is prior to former Chelsea defender John Terry, who’s former club have been forever linked with Rice, admitting that the England midfielder would struggle to leave East London if the right ambition is shown.

“I think if West Ham spend a lot of money and bring in top players, then I think it’s difficult for him to walk away,” admitted Terry.