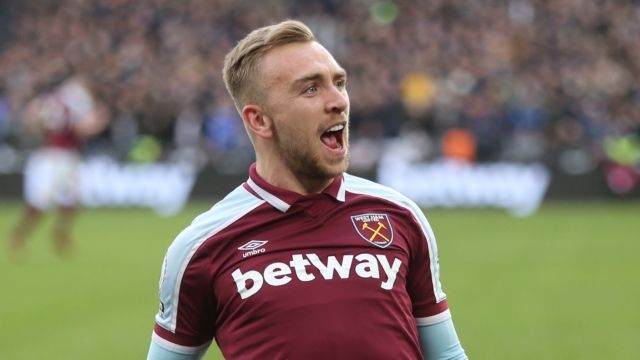 Due to a very unfortunate injury, Jarrod Bowen missed out on being part of the side that defeated Sevilla in the last 16 of the Europa League.

However, West Ham are now set to face Lyon in the quarter finals, with the first leg kicking off the tie tomorrow night in East London, and understandably Bowen itching to get out there and play in the exciting encounter.

“I was here for the Sevilla game,” said the Irons attacker. “As much as you’re loving the night, there’s that bit inside of you as a player that wants to be part of it on the pitch.

“Unfortunately, it didn’t happen – injuries happen at probably the worst time – but the lads did brilliantly to get through, and now there’s another two legs.

“Thursday night will be another special night, and then we’ll see where we go after that.”

There is no doubt that what we are all experiencing of late at West Ham is something we have dreamed of, competing in the high end of the table whilst plying our trade well on the European stage, with Bowen admitting that this is where we all want to be as a club.

“Then lockdown happened, which gave us a bit of time away from football even though, as players, we didn’t want it – those were the circumstances we were under.

“Then, we came back the following season and got into the Europa League. This season, we’re in the question for the top four, so it just shows how far we’ve come as a Club as a whole, and as a player you want to be at the clubs who are talking about the top four and being in the last few teams in European competitions.”

Bowen returned to action at the weekend following his injury lay off with a goal in the 2-1 win over Everton, and the Hammers hitman couldn’t contain his delight in his excellent return.

“Obviously, you want to be back out there playing, and against Everton I loved every minute of it,” stated Bowen.

“Winning games of football is what we all want to do. We’ve got a lot of games coming up, and to keep that winning momentum and that confidence in the group is obviously good for everyone involved.

“We’ve got a lot of games now coming up in a short space of time, so the main thing is to just keep winning every game. When you’ve been injured and you’re doing all your rehab in the gym, you want to be playing.

“To score the goal and win the Everton game was obviously a great way for me to come back.”