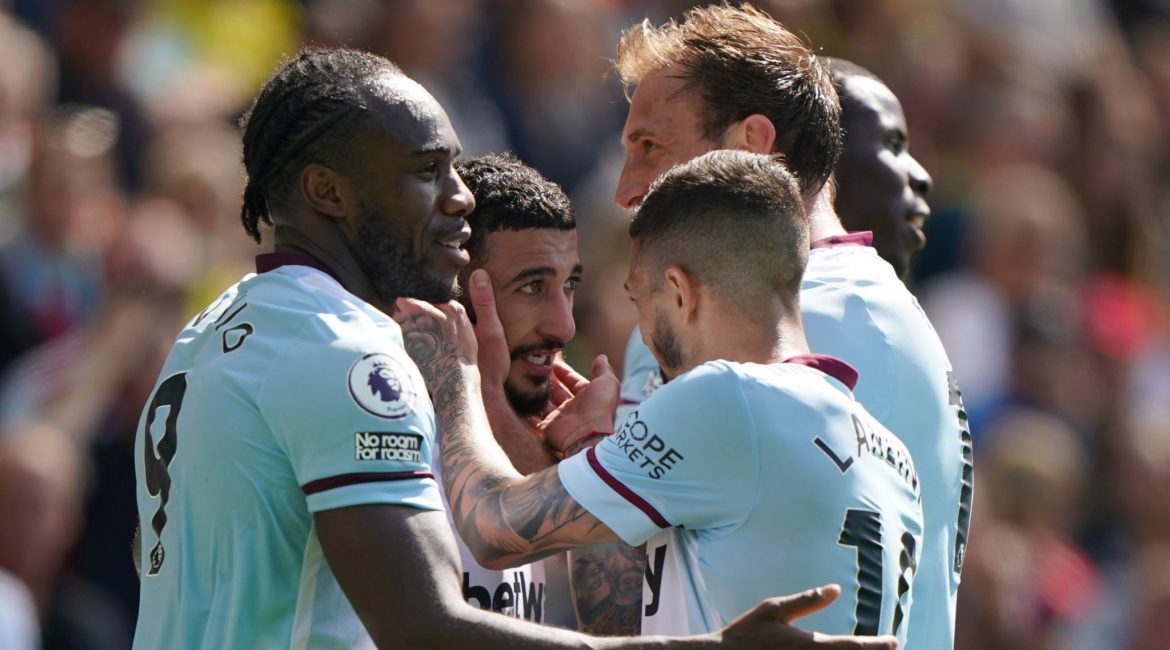 West Ham responded to Europa League heartache in style with a resounding 4-0 hammering of relegated Norwich City at Carrow Road.

It was a match that our Irons dominated from the off, looking levels above the hosts who looked a side desperate for the season to draw to a close.

It only took 12 minutes until West Ham were in front, with the impressive Said Benrahma smashing home deflected shot beyond Tim Krul, after some good work from Jarrod Bowen.

The second came on the half hour mark after some calamity defending left Antonio with an open net to slot in after again being set up being Bowen.

Just on half time the game was all but wrapped up when Benrahma smashed in a lovely strike from the edge of the area to sour the atmosphere for the home support.

They did however think that they were back in it immediately after the break as former Hammer Byram scored but it was chalked out by VAR.

West Ham then resumed dominance and eventually sealed the win with Lanzini scoring from the spot following a handball which was spotted by VAR.

It was an incredibly important win as we push on to achieve European football for a second season running and even more impressive after a heartbreaking loss in the Europa League.