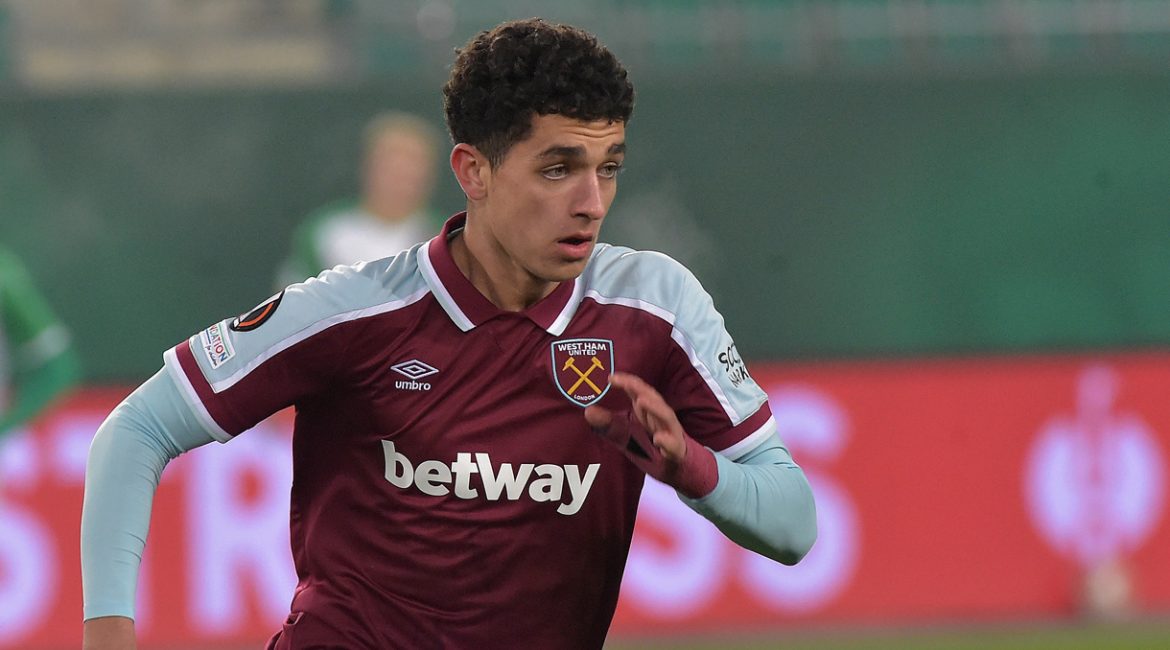 The winner of the Dylan Tombides Award at the Players’ Wards ceremony earlier in the week, Sonny Perkins, it taking inspiration from Declan Rice to rise to the very top at West Ham.

Perkins has been in exceptional form this season and has most definitely caught the eye of David Moyes, as he continues his development in the hope of breaking into the first team on a regular basis in near future.

The attacking midfielder has featured for Moyes in the Europa League on two occasions this season as well as making the bench five times in the Premier League. However Perkins remains grounded and couldn’t contain his delight in scooping the prestigious award.

“Around the whole Club it’s been exciting, but for me personally to be involved in it, even a little bit, just to get a taste of what it was like, to have a good individual season.

“I think it’s great for me to get some opportunities to be around it from the manager, I’m just very grateful.

“There are people in the first team who have come through the Academy. Obviously, everybody knows what Mark Noble has given to the Club and what a servant he has been to the squad, and obviously Declan Rice more recently, so there are people there who know what it’s about.

“Those guys are obviously very good at helping the youngsters and making sure they’re grounded as well because the know you have to be grounded to make it.”