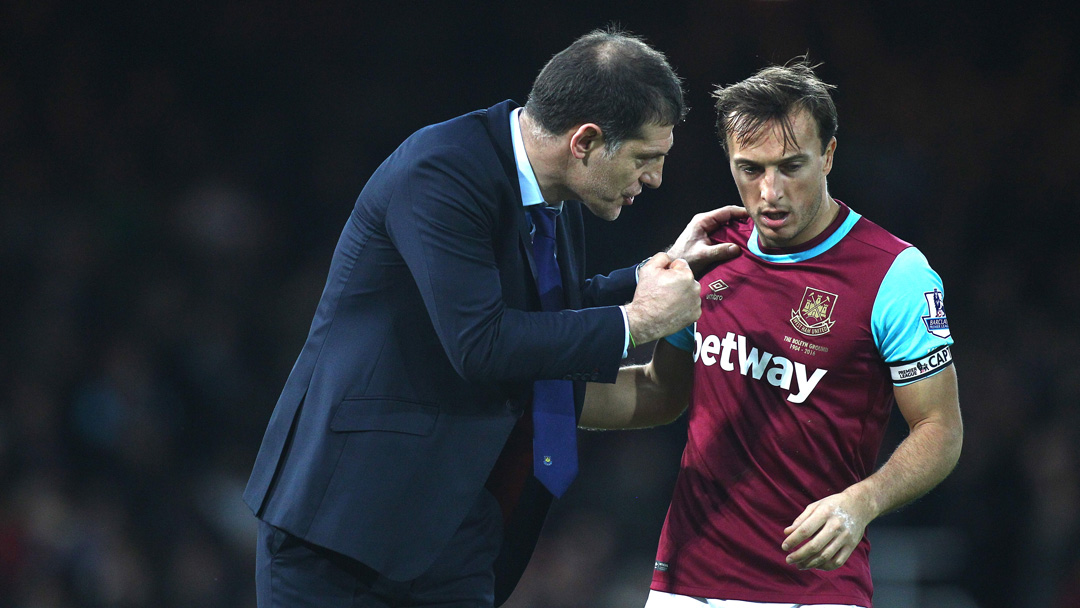 Former boss and West Ham favourite Slaven Bilic has paid tribute to the soon-to-be retiring Mark Noble ahead of his final game as a player this weekend against Brighton & Hove Albion.

Noble will be involved for the last time with the squad on Sunday as we get set to face the Seagulls in a huge encounter that could see West Ham pip Manchester United to 6th spot in the league and thus achieving Europa League qualification for the 2nd season running.

Our Irons have already achieved a minimum of a UEFA Conference League place for next season, which in itself is a fantastic achievement, however there is belief that breaking the hoodoo of beating Brighton this weekend could see David Moyes’ side better that accomplishment on the final day.

It will again be an emotional day with Noble bidding farewell to his playing days in the claret & blue, and our former manager Bilic had some kind words to say about his former captain when he was in charge in East London, stating that the sport simply needs to retain his services.

“When I came to the Club, Kevin Nolan was leaving the Club and he was a captain and it was obvious to me that Mark was the natural successor to him,” said Bilic.

“He helped me a lot. Of course, he’s very vocal here. He cares about the Club. They call him Mr West Ham, not only because he’s been there for the whole career, but he really cares about the area and he’s from East London and all that.

“We still have a really good relationship and during my time there he was brilliant to the team. He was the leader in the dressing room because it wasn’t that that easy, you know? In my first season, we had some new players from Europe, stars like Payet, like Lanzini, like Ogbonna, then we had some guys, another group of foreigners like [Diafra] Sakho, [Enner] Valencia, Cheikhou [Kouyaté], and then we had a strong bunch of British players with Noble, [Aaron] Cresswell, Andy Carroll, Winston Reid, Ginger Collins and them.

“So, it was a group of players with very different characters and he was in charge of all that. And he helped me make a team out of those characters who you want to have in your team, strong and everything, but they always have to gel together. And that’s why Mark was also one of the biggest reasons, on the pitch and off the pitch, why we had such a good season.

“It’s his last season and I’m sure that he’s going to stay football, whether he’s going to be coach manager or director and actually, and simply football, our game, needs those kinds of characters.

“He’s a brilliant guy and he’s very smart and I wish him all the best because he deserves it.”