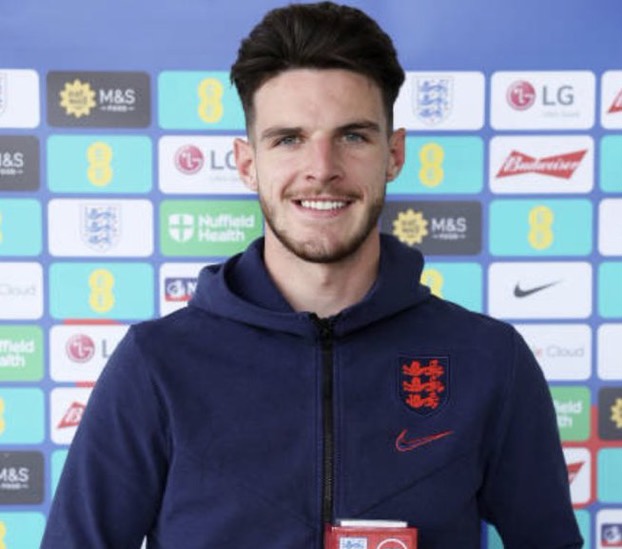 Declan Rice has once again been rewarded for another impressive display for his country.

The West Ham vice captain was named Man of the Match for his solid performance in the 1-1 draw with Germany in the Nations League.

England snatched a point in the 88th minute courtesy of a Harry Kane penalty after Hofmann given the hosts the lead shortly after the half time break.

Rice was again instrumental with a commanding performance in the heart of midfield, thus once again earning him the award.

His fellow Hammers team mate Jarrod Bowen came off the bench in the 79th minute and also put in a very impressive display, earning his second cap playing for his country.

England next face Italy this Saturday with both West Ham stats likely to feature.