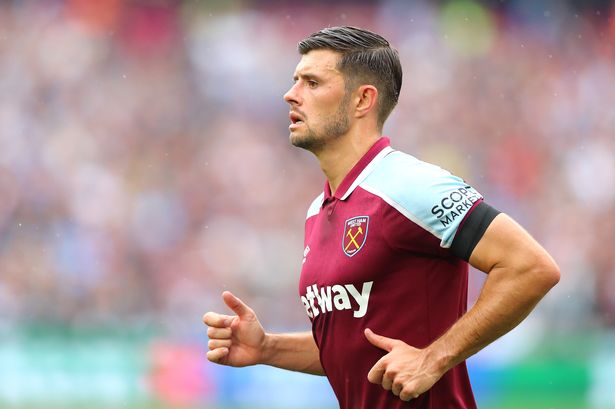 Aaron Cresswell has stated that West Ham are ready to push on further following back-to-back positive seasons for the club.

The Irons left back, who now following Mark Nobles retirement is the current longest serving player in the squad, is keen to step up further as a senior player and help the club progress.

“We want to make progression each year,” Cresswell told the clubs Official Website.

“The last two years have been really fantastic, so hopefully we can kick on again this year and keep progressing as a Club.”

Cresswell acknowledges that with Noble no longer in dressing room, it is an opportunity for him to use his experience to help others alongside the leadership of Declan Rice.

“I’ve been here a long time and if I can help out in any way, shape or form with the younger lads with my experience over the years then I’ll do that,” said the left back.

“We’ve still got Dec who is a fantastic leader and a fantastic captain and there are a few older senior boys who have been around as well, so if we can all pull in the right direction then we’ll be alright.”

Cresswell also highlighted how well pre-season has gone so far, following a comfortable 2-0 win in the opening fixture against Swiss team Servette.

“We’ve had two tough weeks – one in St Andrews and one in Evian – but we’ve had fantastic facilities and the lads have done great,” added Cresswell.