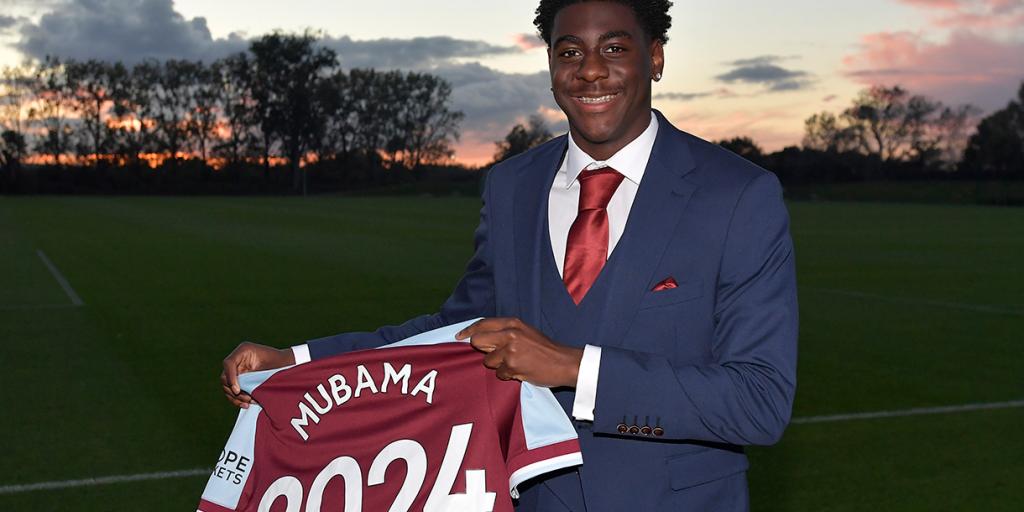 Whilst many of us will only just be learning the name – Divin Mubama, those following his early career will be only too aware of what could be on the horizon.

The talented attacker is considered one of the brightest stars in the Academy. As a 16-year-old, Mubama finished as top scorer for the U18s during the 2020/21 season. An equally impressive 2021/22 campaign followed, with Mubama netting 15 times in 20 appearances.

A positive attitude and hard work have seen the teenager continue to develop, breaking into the Hammers’ U23’s, whilst also gaining England honours at both U17 and U18 level.

His progressive development hasn’t gone unnoticed by David Moyes either. An invitation to join up with West Ham’s first team in France saw the academy graduate clock up some valuable playing time. Picking up where he left off last season, Mubaba added another goal to his West Ham tally scoring in the hammers 2-0 win over Swiss team Servette.

He will be hoping more opportunities come his way before the start of the season. Tonight’s match vs Rangers could be just that, as David Moyes names Mubaba amongst the substitutes for our trip to Ibrox this evening.