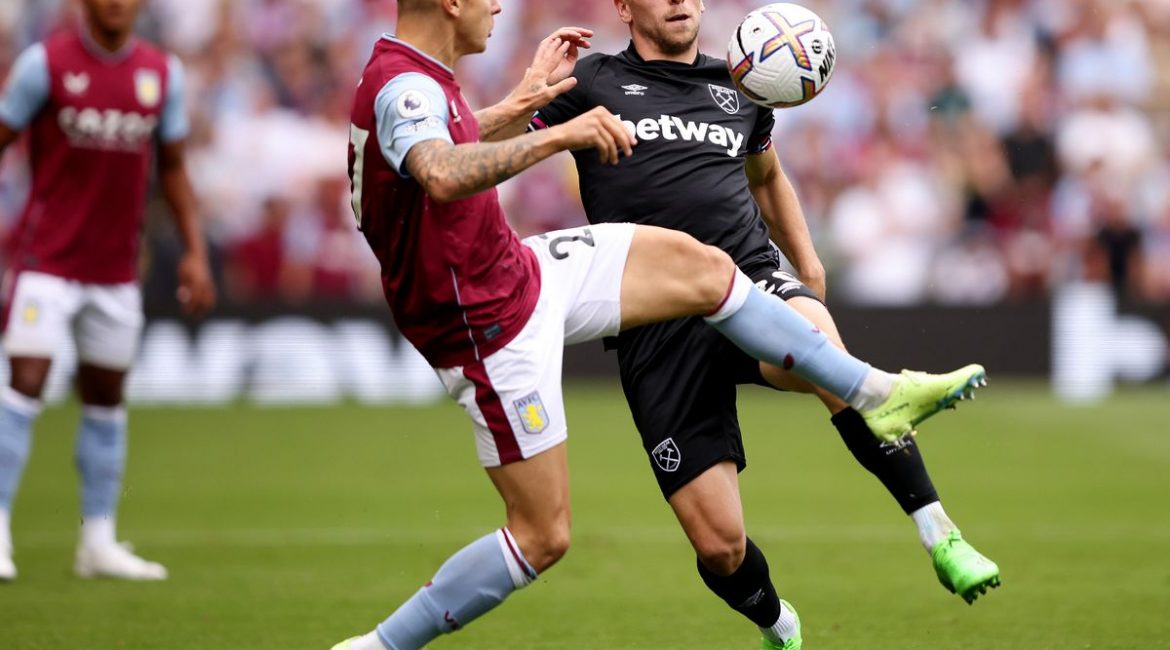 West Ham had to dig deep to claim a vital 1-0 victory away at Aston Villa.

It was somewhat a game of two halves for David Moyes side, who produced a strong second half performance following a very flat first.

It was a game that all associated with the club knew was a must win but the tempo and passing were lacking in the opening exchanges with West Ham struggling to carve out any real opportunities.

Emerson impressed from the off though, with a performance that certainly would have caught the eye along with Kehrer.

Aside from a correctly disallowed Aston Villa goal in the first half, there wasn’t much to report and Moyes had a lot of work to do in the interval.

Changes were made, with Benrahma introduced for Emerson, with a formation shift too which reinvigorated our Hammers who looked a threat from the off of the restart.

Declan Rice lead by example with great leadership and sublime football as West Ham took hold of the proceedings.

Jarrod Bowen should have given our Hammers the lead when sent through on goal but took the shot badly rather than pass or compose the shot.

Then on the 72nd minute, West Ham scored the first goal of the season and the winner of this match.

Our Irons were probing and looking a threat with some excellent play, the ball fell to Fornals who rifled a deflected shot over the Villa keeper into the net to send the travelling fans wild.

West Ham held on and always looked in control thereafter to claim a huge victory and cap off a fantastic week for the club.

Up next we face bitter rivals Tottenham Hotspur at London Stadium on Wednesday night, with David Moyes hoping this will serve as a major confidence booster ahead of the match.