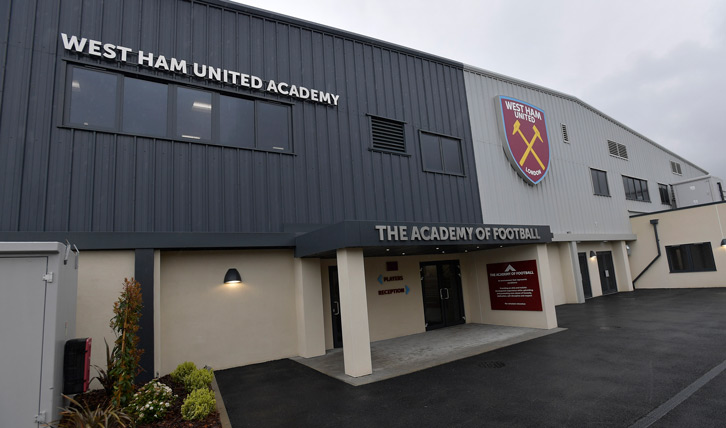 Following an impressive victory over EFL League Two side Walsall on Tuesday night, Mark Robson took his young hammers to the City Academy Stadium to face one of last seasons top teams.

Freddie Potts was unavailable for this game, so Archie Woods started in midfield. Another of West Ham’s summer recruits – Patrick Kelly, also joined the Premier League 2 squad for the first time.

The home side had much of the early possession, but on 13-minutes a deep cross from Will Greenidge was met by the head of Regan Clayton forcing a save from the City keeper.

City continued to push and came close on 17-minutes. A close range effort from Mebude was well stopped by West Ham goalkeeper Hegyi. With the follow-up just brushing the woodwork.

West Ham’s patient approach seemed to be paying off. Remy Coddington saw his shot palmed just wide on the half hour mark. Minutes later, Pierre Ekwah picked out Coddington on the lefthand side, only to see his low strike across goal run narrowly wide.

It would take just 5-minutes in to the second half for Manchester City to break the deadlock. Kane Taylor’s diving header finding the bottom corner. Straight from the kick-off, West Ham’s attack brought a foul on Ekwah to win the penalty. Pierre Ekwah stepped up to make it 1-1.

On 70-minutes, a one-on-one with the City goalkeeper gave West Ham right-back, Will Greenidge, a great chance to level the game. His left footed shot however was denied by the City keeper’s left boot. An opportunity squandered.

With 9-minutes to go, West Ham made two changes. Patrick Kelly coming on to make his debut for the U21s.

Krisztian Hegyi made a phenomenal save on 86-minutes to deny Manchester City there third goal of the game. But just a minute later, a little dinked free kick found Will Dickson to make it 3-1. City then added a fourth on 90-minutes to secure their win.

4-1 is a score line not quite reflective of the performance. The young hammers can take some real positives into their next game vs Spurs on Saturday.

Our young hammers kept up their unbeaten start to the season on Saturday, beating Fulham 4-2 to progress to the next round of the Premier League Cup.

It was that man again, Callum Marshall, who continues his own fine start to the season. His second half hat-trick and a goal from Gideon Kodua made for an entertaining contest at Little Heath.

There were few chances in the first half for West Ham, and it was Fulham who threatened to score first. A well worked move down the left found its way to Fulham’s Callum Osmand, who’s close shot was well blocked by Kaelan Casey. Osmand continued to trouble the hammers, firing a volley just wide. Moments later, Osmand struck again forcing a fine save from our young keeper Terry Casey.

Fulham struck the woodwork just moments into the restart. It would be West Ham though who struck the first major blow of the match. Orford with a dangerous cross into the box finding Callum Marshall for West Ham’s first. The hammers continued to press, and both Orford and Kodua were unlucky not to add to West Ham’s tally. However, it would be Fulham who hit back to square the tie once again.

On 59-minutes, Marshall notched his second of the match. A superb ball into the box by Oliver Scarles saw Marshall head home to make it 2-1. Just 7-minutes later Kodua got on to the end of another great delivery from Scarles to make it three.

West Ham looked to have things wrapped up, but 10-minutes from time Fulham pulled one back. Despite late pressure from the visitors, Callum Marshall secured victory with his third goal of the game, seeing West Ham into the next round.