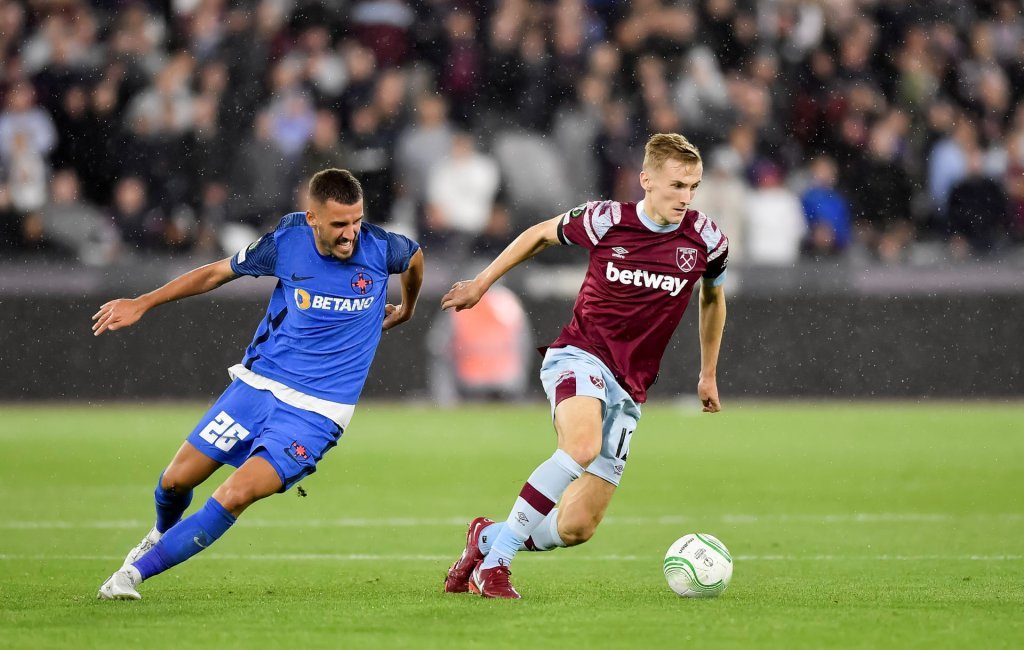 In the build up to Thursday nights clash against FCSB at London Stadium the Hammers boss stated that it could be the chance for Downes to impress, and that he did.

The summer signing from Swansea City responded to the call by delivering a display which now puts a serious question mark in who should be partnering Declan Rice in our midfield.

Downes looked comfortable and confident on the ball, distributing play impressively whilst not shy to do the hard graft and get stuck into the opponents.

The showing also allowed Rice to play more freely and their partnership looked natural from the kick off.

Tomas Soucek has responded to criticism from many in recent weeks, putting in performances echoing those in his first season in East London. However, it’s hard to ignore that Downes offers something different from the Czech.

Downes has has to be patient since his transfer to his boyhood club, and the showing on Thursday was from a player eager to grab their opportunity by the horns.

With another European night incoming, many will be wondering if Downes will be given another chance to impress, with suggestions that Soucek has now recovered from his knock.

If Downes produces a similar display, he could well find himself alongside Rice against Everton next weekend.