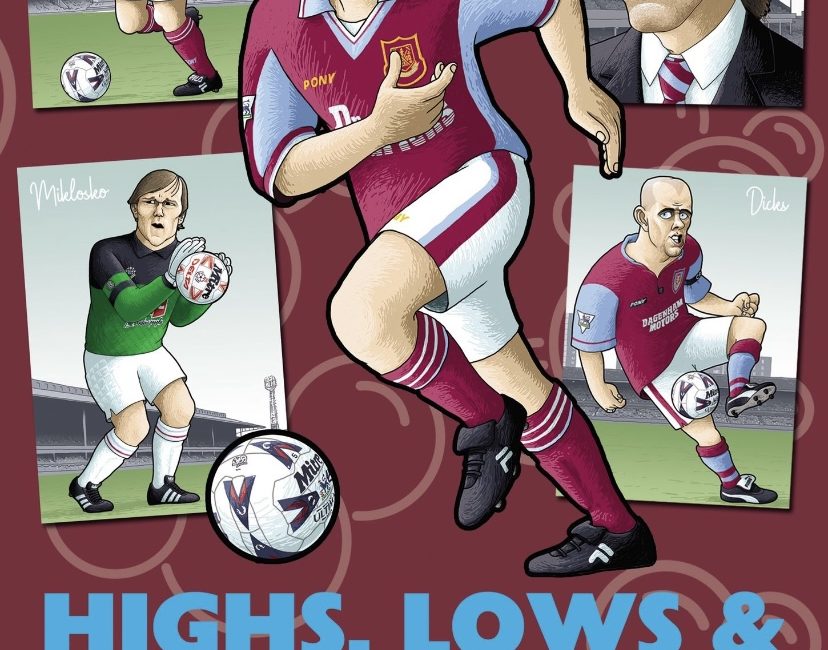 In the summer of 1989 optimism was in short supply at Upton Park. Just three years earlier, The Irons had come within a whisker of winning the title. Now they’d slipped meekly out of the top flight, beloved boss John Lyall had been sacked, and their best player (Paul Ince) wanted to leave.

There were probably harder jobs in east London – the Krays’ defence lawyer, or Dirty Den and Angie’s marriage guidance counsellor – but rejuvenating West Ham United was going to be no easy task.
Still, there was no shortage of contenders. According to the papers, former Everton boss Howard Kendall was interested in the hotseat, as was Peter Shreeves, assistant manager at Spurs. Closer to home, Tony Carr and Mick McGiven – loyal members of Lyall’s coaching staff – had both expressed their ambitions to continue his legacy.

The overwhelming favourite though was possibly the only man who could match Lyall for his unadulterated love of Claret and Blue: the mighty William Arthur Bonds. For 21 years and 663 league games Billy Bonds had rampaged through the Saturday afternoon battlefields of English football in defence of his beloved West Ham United. Rumour has it that when he ran along the beach at Leigh-On-Sea, the tide refused to come in. If anyone could drag this team up by its bootstraps and restore some pride to the ranks, it was Bonzo.

The players knew it. The fans knew it. Everyone knew it. Everyone, that is, except the chairman. After watching Lyall’s team slowly decline for three seasons, the board had decided that more of the same was not an option. What we needed was a shock to the system. It was time to shake up the dressing room, by throwing in a hand grenade. A hand grenade named Lou Macari.

The Scotsman had taken lowly Swindon from the fourth to the second tier in quick succession. But this was no fairytale rise through the ranks. Macari’s Swindon were the stuff of nightmares: direct, in-your-face, and ugly. Those are excellent qualities if you’re a nightclub bouncer. But these were not terms you’d associate with the Academy of Football.

The reason West Ham fans had been so tolerant of Lyall’s decline was that he represented the romanticism associated with our club. He’d taken us to the brink of glory, and then back into despair, but he’d done it playing football the way he, Ron Greenwood, Bobby Moore and co. had taught us to play. The closest to romance Lou Macari had got was letting his wife switch the heating on on Valentine’s Day.

So there were big questionmarks against his appointment. There were games at Swindon where the ball was barely on speaking terms with the grass. How would ball players like Liam Brady, Mark Ward and Alan Devonshire adapt to his style? And could he convince wantaway star Paul Ince that his future lay at Upton Park?

He wouldn’t have long to address the latter. Unbeknownst to him, Paul Ince’s agent – angling to get his client a move to a big club – had come up with a great idea for a photoshoot in The Sun newspaper. And before Lou Macari had even sat down for pie and mash in his new home, he was dealing with his first shitstorm of the season.

EX: I remember my dad absolutely fuming when he found out about the appointment. Like everyone else, he wanted Billy Bonds to get the job. When he told me that our new manager was Lou Macari, my first question was “Who’s he?” He told me they managed Swindon, to which I replied “Who are they?”. That didn’t improve his mood much.

Looking back, Lou had an almost impossible task in replacing a legend like John Lyall. It was a brave move by the Board to bring in an outsider, but it felt like the wrong appointment at the time.

DAVE: Sacking John Lyall and hiring Lou Macari was like losing a tenner and finding a quid. It’s just remarkable that he got the job in the first place. West Ham, especially at that time, placed a lot of value on history and tradition. It should have been someone who followed our philosophy, who understood how we played the game. Instead, we got Lou Macari, who was a very decent lower-league manager in his own right but played football in his own way.

He was always going to struggle. Booting the ball downfield as far as possible wasn’t going to win you many friends at Upton Park.

An advance subscriber edition of HIGHS, LOWS & DI CANIOS costs no more than a regular copy, but comes with extra benefits:

1 – Your name printed inside the book! Add your own name and/or that of a loved one to the subscribers’ roll of honour – a great gift idea for a birthday or Christmas!
2 – Hot off the press! We’ll post your copy as soon as the book is published in October.
3 – Author-signed, with a personal dedication of your choice. Please see below for how to add a note at checkout if you would like an author dedication.
4 – Free limited-edition player caricature print!