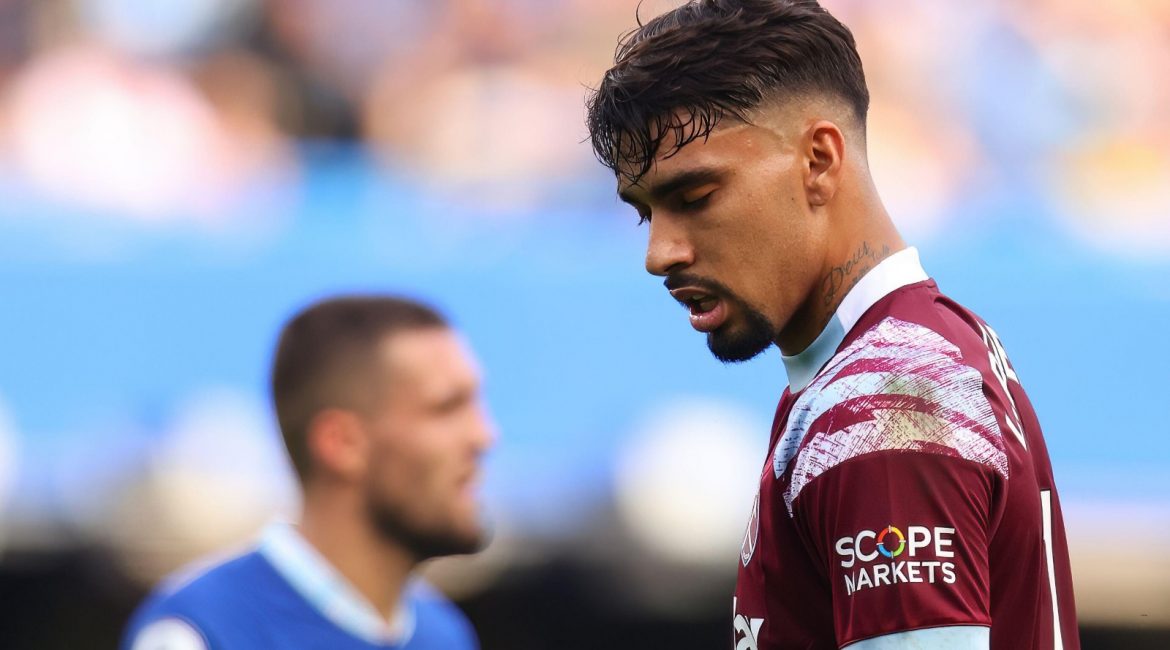 West Ham midfielder Lucas Paqueta missed out on appearing against Liverpool due to injury, with David Moyes providing an update on the situation.

The Brazilian picked up a collar bone injury when appearing against Southampton at the weekend, with the playmaker expected to be out for a couple of weeks.

However, David Moyes when speaking to the media prior to the match tonight, wasn’t overly optimistic in the record signings return stating that he saw the injury as ‘serious’.

“He’s got a serious injury,” stated the boss. “At the moment, I’m not sure how long it’s going to keep him out.”

The West Ham Way are currently looking into the situation further and will provide an update when we have the latest news.