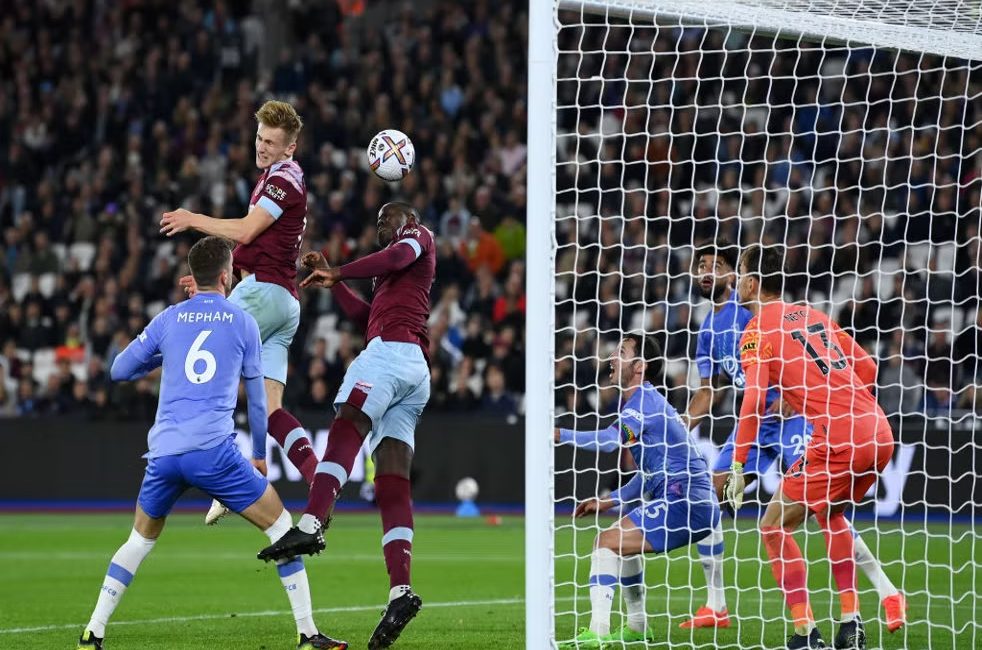 West Ham continued to build on excellent home form with a 2-0 win over Bournemouth at London Stadium.

It was at times a nervy affair, with the feel that this was a must-win encounter, although realistically the game should have been buried in the first half with our Hammers again lacking a cutting edge against a defensive Bournemouth.

The first half saw West Ham dictate much of the play and looking threatening, while the visitors seemed to be lacking any real cutting edge to trouble the Hammers defence.

Chances weren’t overly clear cut, however there was a feeling that a goal would arrive for David Moyes’ side, although credit has to be given to Bournemouths defensive shape and work rate.

It was on the cusp of half time that the opener arrived, with a ping pong situation in the box from a corner falling to Kurt Zouma who nodded home.

There was question marks though in the buildup, with the ball hitting the arm of Kehrer. The officials at VAR checked and deemed it to be accidental allowing the goal to stand.

West Ham needed to put the game to bed, and the second half kicked off with pace from our Irons in the hunt for a second, with Benrahma in particular looking up for the occasion.

As the game went on though the seed of doubt was starting to sink in, with the knowledge of the importance creating an anxious atmosphere.

West Ham continued to probe, but so did Bournemouth, with the visitors looking menacing especially with the height advantage in the final 3rd.

Despite the nerves West Ham ultimately hung on well and were eventually awarded a penalty in the dying stages to double the lead and secure the vital victory.

West Ham move up 7 places to 10th to reach the top half for the first time this season. It wasn’t overly pretty but it certainly is job done, with a trip to Manchester United awaiting on Sunday following a Europa Conference League match against Silkeborg on Thursday.