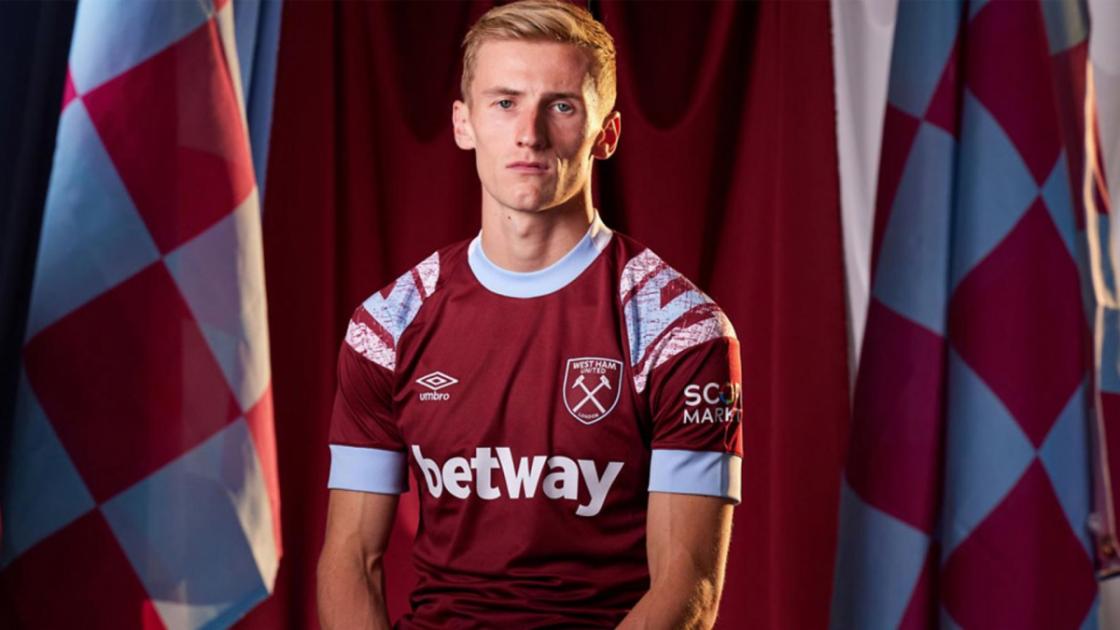 Flynn Downes has spoken of the joy that moving to his boyhood club has brought to him and his family after arriving in East London in the summer.

Downes, who has been a Hammers supporter since a young boy, with his family also all West Ham fans, has recently forced his way into David Moyes’ first team plans following excellent displays when called upon predominantly in the Europa Conference League.

When speaking this week to Sky Sports, Downes reflected on the move which meant so much to him and his Hammers family and admitted that the move meant so much more than just signing for a football club.

“I couldn’t believe it,” admitted Downes. “My mum on my first day was crying her eyes out. This is more than football – when you see your mum, to me it’s everything.”

Downes also expressed how he is just keen on playing football for his boyhood club and is willing to work in any role required by David Moyes, but also stated that there is so much more to come.

“I just enjoy it,” admitted the signing from Swansea City. “Wherever he wants me to play, I play. There really is nothing better. I’m not in my prime, I have so much to give. I’ve got to get a lot better.”

The versatile midfielder seems to make the transition from Championship to the Premier League with ease, with his performances so far this season certainly catching the eye, with many even liking his abilities to those of our captain and England enforcer Declan Rice.

“I want to play for England,” confessed Downes. “That’s my dream. Dec is doing that now – I am learning a lot from him.”