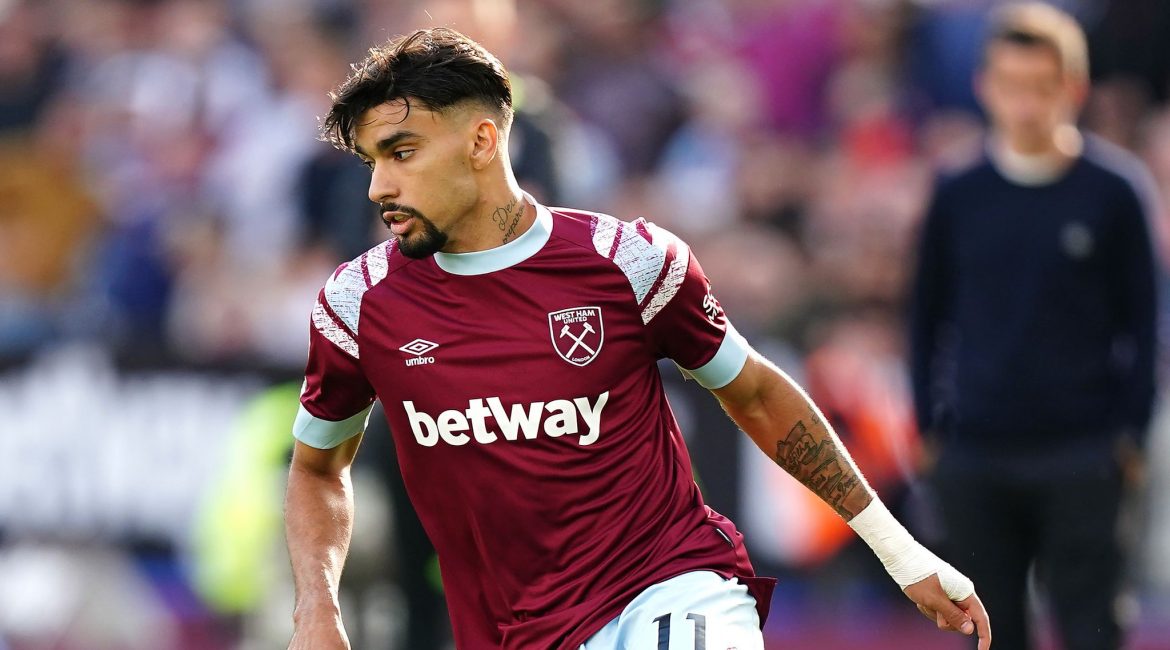 David Moyes is set to be given a huge boost as the clubs record signing edges close to a return to action.

Lucas Paqueta has been out of action since injuring his collarbone against Southampton over a fortnight ago, and question marks had loomed over the seriousness of the injury.

However, as reported soon after the game against the Saints on Patreon, the injury wasn’t as bad as first feared, and the play maker is now set to return.

On Sunday our Hammers take on Crystal Palace in a London derby at London Stadium, with Paqueta expected to make the squad.

Sunday will mark 3 weeks since the Brazilian picked up the injury, and his return will be a huge boost with David Moyes keen to finish this half of the season on a high before the World Cup break.

If Paqueta is deemed match fit by the manager, it is likely he’ll slot straight back into the starting lineup as West Ham have recently had to juggle the midfield in his absence.

Question marks still loom over the form of Tomas Soucek so many will wonder if Flynn Downes will remain in the midfield alongside our captain Declan Rice with Paqueta back occupying the number 10 role.

The West Ham Way will provide fans up to date news and developments on the team ahead of the crunch match this Sunday on Patreon.