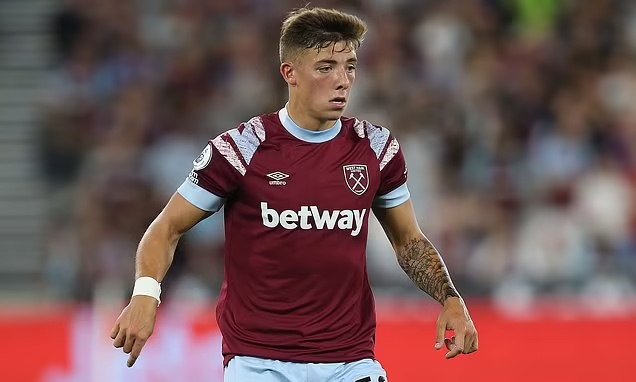 West Ham Academy graduate Harrison Ashby is set to depart the club after turning down an offer of a new deal to remain in East London.

The highly-rated defender was close to departing the club in the summer, as reported exclusively by ExWHUEmployee, and the clubs attempts to secure his services since have not proven successful.

Speaking on The West Ham Way Podcast, Ex stated that the club are now resigned to losing Ashby and could look to offload in January rather than lose for nothing when his contract expires at the end of the season.

Ex reported in the summer that both Newcastle United and Leeds were leading the chase for his signature, although it remains to be seen if either side resurrect their interest. However, if Ashby does leave in the new year, then the club will almost certainly look to strengthen in that position.

It is no doubt a blow for all connected with the club with yet another Academy player set to depart, despite making big strides in the first team over the last year.

It echoes many others in recent seasons including Sonny Perkins who, like Ashby, was featuring in the first team under David Moyes however decided to move to Leeds after refusing a new deal.