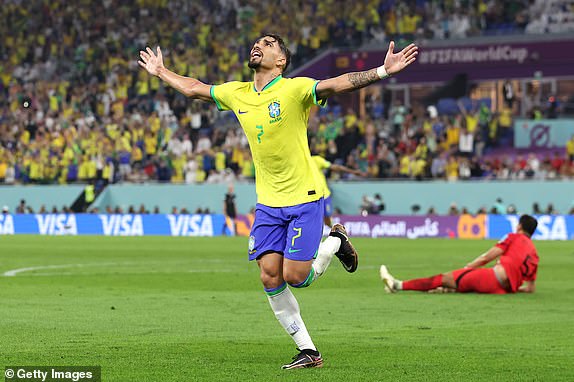 West Ham midfielder Lucas Paqueta was a star performer as Brazil turned on the style in a 4-1 win over South Korea in Qatar.

The Samba Boys set the marker on the World Cup with an emphatic showing which had them of sight early on, blitzing their Korean opponents with Paqueta making it 4-0 on just 36 minutes.

Vinícius Júnior (7th min), Neymar (13th min pen) and Richarlison (29th min) scored the earlier goals with Paqueta playing a key role in a side that looked confident from the outset.

The performance from our Hammers record signing this summer will raise questions as to why he isn’t be utilised in the same position under David Moyes, with the Brazilian adopting a deeper role for his national side which clearly enables him to have more influence on the game.

All connected with the club will be hoping that Moyes will be able to adapt his approach and get the best out of a clearly gifted player, who now arguably could be better suited to play alongside Declan Rice in the heart of the West Ham midfield when we return to action on Boxing Day.

Paqueta now joins fellow West Ham teammates Rice and Areola (with France) in the Quarter Finals of the World Cup in what has been a thrilling tournament so far.