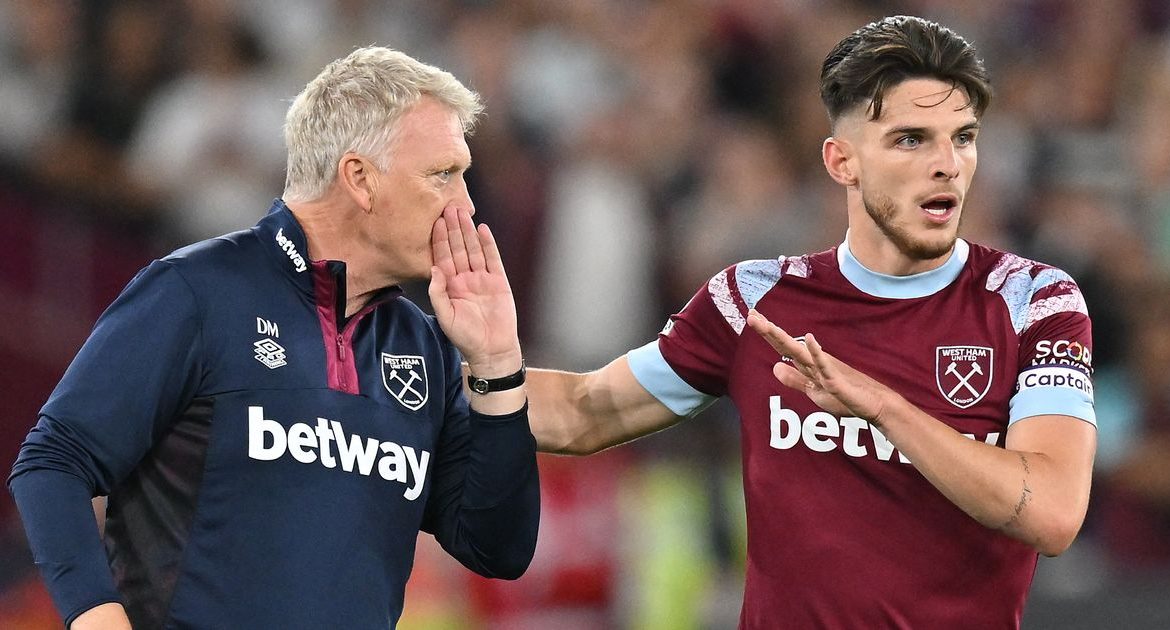 David Moyes has admitted that West Ham are in a battle to keep Declan Rice in East London.

The future of our club captain has been one of constant speculation having immersed himself as one of the worlds best young players since making his debut for West Ham back in 2017.

Its no secret that the elite clubs in world football are all admirers of Rice and it has been felt for some time that the end of this season would see a battle to retain Declan at the club.

This has now been confirmed by boss Moyes, speaking to The Times, who to date has always maintained that Rice is going nowhere – however the message has now very much changed to admission of a huge task to keep him at the club.

“He wants to win and he wants to play for a really good side,” Moyes conceded. “Which is going to give him that opportunity to do so.

“We hope that we can reach the Champions League. It is looking difficult at this moment in time but we are not just going to roll over and let Dec walk out of the building, that is for sure. It is going to be a big fight.

”I like it because he wants to challenge himself and wants to play in the big games and wants to be a top player. I don’t think you are ever going to hold anyone back from having those ambitions.”

As reported by ExWHUEmployee previously on The West Ham Way Podcast, the club are expected to put forward another offer to Rice to sign a new deal – however this is expected to be a last throw of the dice.