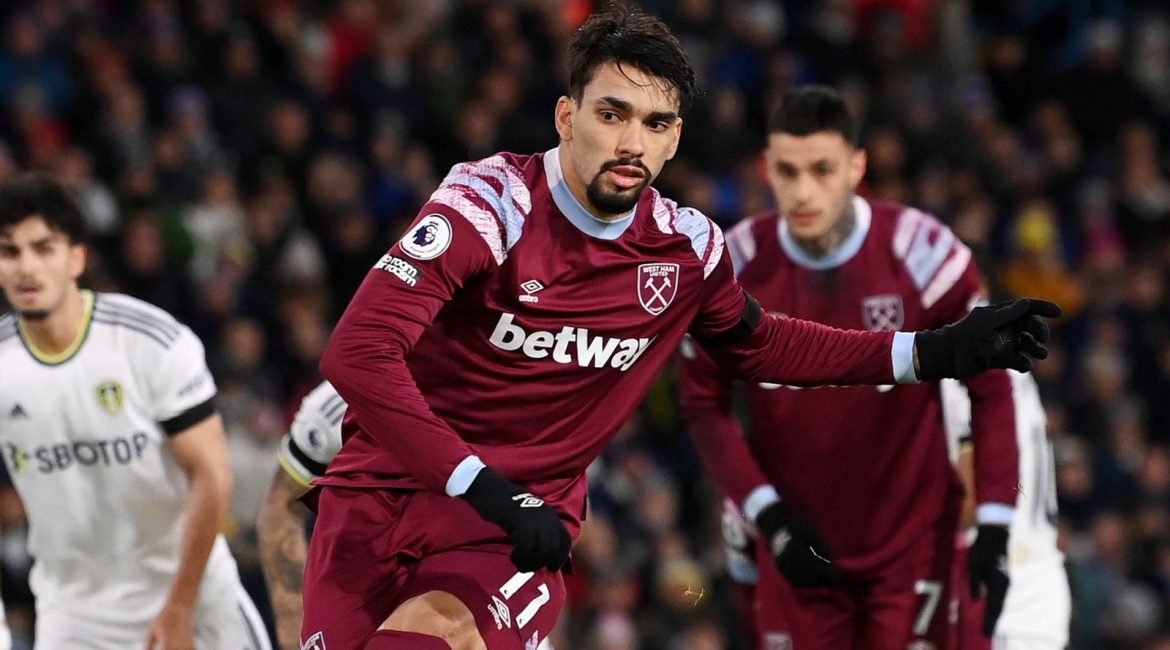 West Ham had to settle for a point with Leeds in a nervy 2-2 draw at Elland Road.

With both teams struggling at the lower ends of the table, the match was expected to be a hotly contested one, with both sides desperate for points and in particular David Moyes, who is under enormous pressure to turn around a dire situation.

West Ham started brightly and looked a side eager to get the season on track, but wasteful and at times worrying play from the back line threatened to derail yet another match with the hosts also looking lively.

It was no surprise then that again poor defending gifted Leeds the opener, when Wilfried Gnonto fired in when unmarked and Fabianski rooted to the pitch.

However right on the stroke of half time, our Hammers were level. Jarrod Bowen was fouled in the box, with VAR stepping in to correct the referee, and Lucas Paqueta smashed home his first goal for the club.

The second half kicked off and within seconds West Ham were ahead, when Gianluca Scamacca fired a superb shot in off the post after taking advantage of wasteful passing from Leeds.

Nerves kicked in as the game went on as West Ham desperately sought to take all 3 points, but it wasn’t to be.

With only 20 minutes remaining, Rodrigo fired in a low shot beyond Fabianski to level proceedings and set the game up for a frantic end.

West Ham clung on with Antonio saving off the line and Fabianski producing a stunning last moment save to take a point from Elland Road.

There is no doubt that it was an improved display and one that showed fight, but whether it is enough to keep David Moyes in his post longer remains to be seen.