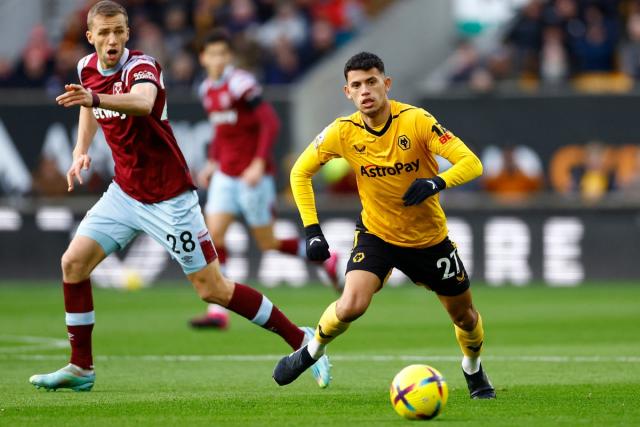 West Ham fell to a 1-0 loss to Wolves to pile the pressure on David Moyes with the club now in the relegation zone.

It was again a performance that was lacking throughout, with no clear game plan and questionable selections again from the manager which was a crucial match for the club, but again came up short.

The manager made his way over the the travelling fans at the end to applaud but it was clear the feeling isn’t warm towards the Scot following a dreadful first half of the campaign, which sees our Hammers on just 15 points from 19 matches – form that will see West Ham in the Championship next season.

Podence scored the only goal of the game for the hosts, netting shortly after half time with Moyes’ side never really looking like getting back into the game. It was only during the dying minutes that West Ham looked like a side pushing for an equaliser, with Benrahma going close – but the changes to bring on the Algerian and also Scamacca proved too little, too late.

The World Cup break was seen as a time for West Ham and the boss to regroup to get the season up and running, but sadly the same issues that were felt at the beginning of the season have continued, possibly even gotten worse. The 4 games since the re-start of the Premier League season have seen Moyes’ side gain just a single point.

Attention will now switch to the board in how much longer they can stand by the boss with games slipping by in the hope the situation will turn around, as evidence is suggesting that it will not happen, or if it does will it be in time to rescue West Ham from the drop?