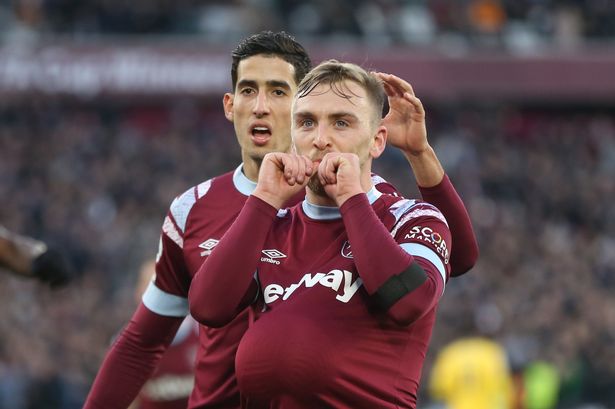 Jarrod Bowen looked a player back in form following his brace in the 2-0 victory over Everton at the weekend, with the England forward eager to kick on and fire West Ham up the table.

The former Hull City forward has looked somewhat out of sorts this season, lacking the cutting edge and ruthlessness that earned him a call up the the England squad, although Bowen admitted that missing out on the World Cup is something he has struggled to deal with.

Despite the difficulties though he has faced this campaign, Bowen showed clear indications that difficulties are now starting to be left behind, with the Hammers front man looking sharp and deadly in front of goal to fire the club to a vital win to slightly ease the pressure that has been mounting, especially on David Moyes.

“If you don’t score in a few games, people start asking questions and they’re probably right to do that, but I’d never dealt with that before,” said Bowen, as reported by the Evening Standard. “But you’d rather be in that position of having that different pressure, playing for your country and coming back and people expecting more of you.

“As much as you want to put the World Cup at the back of your mind, you know you are so close, you know it is such a big opportunity that may never come again so, of course, I was playing with a little bit of fear and anxiousness and that is normal. I don’t think I dealt with it very well but I will learn from that.

“You are trying to do things safely rather than playing your game. You want to look good instead of doing what you normally do to look good. It’s hard to explain and people listening will just say: ‘Well you should have just played your game’.

“When you know you are so close, you try to play safe and try to not make a mistake so someone can’t say: ‘You didn’t deserve that’. You then end up playing worse than you were. That was the case for me. I am honest about that, I am not going to hide away from that.”

Despite the England disappointment, things are now looking up for Bowen with the news he and his partner Dani Dyer are expecting twins, and West Ham too with a valuable win to build on as Bowen says the squad will now look to push on from.

“Since we found out about the twins, it has been hard to keep it away from everyone, but to release it last night and to score two today is really special. I could not have asked for a better weekend,” admitted Bowen to whufc.com.

“Now, it is about building on what we have done today. It’s about every week now, showing up on that pitch, and grinding results.

“Today is a really good start for that. We are still nowhere near where we want to be, so it is about building on the win now.”