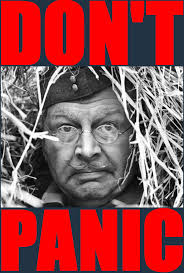 It seems that there was a bit of a Twitter meltdown last night. With many West Ham fans, and popular fan pages, calling for Gold and Sullivan to just “pay up” for Bacca. However, I personally do not feel as though this meltdown is justified.

We had similar tantrum’s thrown last summer, with people complaining that we had been too tight fisted in the transfer window. We then went on to sign Jelavic, Moses and Antonio on deadline day. Jelavic got game time until January, Moses was a regular squad player, both on and off the bench, and Antonio went on to play a key part in our Top 7 finish that season. As well as this, all the prior signings (Payet, Lanzini, Ogbonna etc.) were all fantastic, one of them even world class. Just a little reminder… For those of you with short memories.

This also isn’t just a case of money, and our owners being “tight”. To just lob 165k a week at Bacca could destroy the whole team morale. How would players like Kouyate, Cresswell, Reid-all of which have been top class for us for at least a couple of seasons-feel if Bacca was automatically on over 100k a week more than them, just because he plays a fancier position? There is more to it than money, we must respect our current wage structure to ensure players don’t feel looked down on and under-appreciated by the West Ham hierarchy.

People have also been mentioning the offer to Tevez to try and justify their point, but there may also be more than meets the eye with this. How do we know that the 150k a week offered to Tevez was 150k up-front? David Sullivan didn’t actually mention the structure of the offer he made to Carlos Tevez. It could have been a contract similar to the one Dimitri Payet is on. For example, it may have been an offer of:

Admittedly, I could very well be wrong. It may have been 150k lumped all at once; but what I’m saying is keep an open mind, there is always more than meets the eye, especially in Football!

The board have rarely let us down before, and Bilic has already proven he can get the best out of the players he brings into the club. I would urge all my fellow Hammers to just be patient, as well as optimistic, we will get our man eventually!.