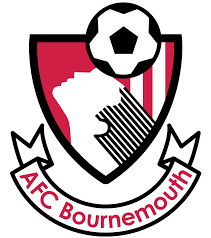 This article is written by David Norton @thechickenrun95

This week I bring you two match previews, as we travel to Southern Romania to play Astra Giurgui in the play-off round of the Europa League followed by a home fixture against AFC Bournemouth in the Premier League.

We travel over 1,600 miles to take on Romanian Liga I side Astra Giurgui on Thursday evening, we kick off at 19:15 and the game is live on BT Sport 2. Astra knocked us out of the competition last season in the prior round and they proved to be relatively tricky opposition particularly when we played them in the home leg at the Boleyn. The away game was to be taken with a pinch of salt, as we had a very youthful, inexperienced team out in the second leg with the Premier League opener at the Emirates being just 3 days later which proved to be the correct decision from Slaven. Astra won the Romanian Liga I last season for their first time ever and qualified for the Champions League via the qualifying route, but were knocked out in the Third Qualifying Round 4-1 on aggregate to Danish side Copenhagen. Domestically, they have had a reasonably poor start to the defense of their league title by picking up 4 points from their first 4 games.

Although they have only picked up 4 points, their first 2 games would have been tough games against their 2 closest rivals from the previous campaign. They picked up their first victory on Saturday evening, which also brings me to the point that they have an additional 48 hours’ rest before the game on Thursday as well as the fact they do not have to travel 1,600 miles.

I am unable to bring you any in-depth analysis on how they play as I do not happen to catch many Romanian football matches on TV, however based on the 2 games I watched against us last year, I believe we should be progress from this round and into the group stages providing we play a reasonably strong side. Based on the team that started last night as well as the injuries to Feghouli and Ayew, I would put out the following starting XI for Thursday;

I would be looking to use as little players as I could from last night’s games with the view of keeping players fresh. With this in mind, I would play a 4-4-2 to accommodate the personnel with Nordtveit, Antonio and Valencia the 3 players to start both games. I feel Nordtveit was poor last night and I wouldn’t start him against Bournemouth therefore it makes sense to play him Thursday as well. Valencia, again, had a poor game and for the same reason as Nordtveit, I would not start him against Bournemouth. Antonio more than deserves his opportunity to play further forward, so if I was in charge I would be playing him at right midfield/wing so that he can prove his point. I would deploy Nordtveit and Ogbonna as full backs, allowing our bright young pair of Oxford and Burke to show what they are about at centre back. The midfield I’d pick is an attacking one, with Obiang the only defensive minded midfielder. Ideally I would like to include someone else defensive such as Cullen, but he has already been placed out on loan which I find strange that we didn’t wait until we got this Play-Off round out of the way before loaning out Cullen, and also Page. We could really do with both right now. As far as the subs bench goes, I would take both Payet and Tore with me to Romania to give them both half an hour or so as both are short of fitness. With all of this said, Bilic will probably go with something completely different and my attempt to second guess what he will do is very difficult!

Without looking in depth on how Astra play, how they set up and who their stronger players are, the team above should be able to come away with at least a draw, preferably a score draw. My prediction is a 2-1 victory.

This takes me to Sunday’s game vs AFC Bournemouth, our first Premier League game at The London Stadium. After watching the game last night, and also watching Bournemouth’s game against Manchester United on Sunday with some interest, I strongly believe we should be taking 3 points from this game.

Bournemouth set up against Manchester United in a 4-5-1 come 4-3-3 system, and I expect them to start in the same way against us. I don’t necessarily think they will start with the same XI because I think Max Gradel may come in for Josh King. Gradel made an impact when he come on as a sub, and providing his fitness is at a level where he is able to start a game, I believe Eddie Howe will pick him ahead of King. Other than that, I don’t expect any changes, therefore the line-up I expect is;

Bournemouth didn’t pull up any trees against Manchester United, however until the first goal went in against them they did show signs that they are a tidy team who like to press. The midfield 3, in particular Lewis Cook and Harry Arter are very keen to close the opposition down whilst Andrew Surman sits that slightly bit deeper to break down the play. The two ‘wingers’ in Ibe and King (who I believe will be replaced by Gradel) looked threatening at times but not enough to cause the Manchester United defence any real problems. Callum Wilson looked lively in the first half, and we know full well from this time last year how dangerous he can be, if he gets more of the ball than he did on Sunday, we will have to be on our toes as he can be a real handful.

At the back, Bournemouth looked solid until Simon Francis made the error that led to Juan Mata’s goal. As the game opened up in the second half, Bournemouth really started to struggle, United managed to get 3-0 up without really breaking a sweat. When we play Bournemouth on Sunday, we need to try and get an early goal, this may seem incredibly obvious and a bit of a cliché, however Bournemouth were quite comfortable at 0-0 and Manchester United were finding it difficult to find an opening. The one space they were finding joy at 0-0, was down Bournemouth’s left. Antonio Valencia found himself in space on the right wing a few times, where the Bournemouth wingers were letting Valencia drift forward from right back unnoticed and he was able to get crosses in. This is an area we should exploit with the likes of Antonio and then hopefully he will be able to find space and whip in crosses for Carroll. The reason for an early (or the first goal) is so important is because if we are to go 1-0 down for example, we will then become more expansive in trying to get a goal back and could potentially cause us more problems because although it wasn’t evident for Bournemouth on Sunday, they are clearly a team that could cause serious problems on the counter-attack, as they certainly have the players for it in Ibe, Gradel & Wilson.

I make this line-up prediction before we play our game against Astra on Thursday, and it could completely change depending on who Bilic chooses and of course injuries, however here is my prediction;

As I have said, it is very difficult to predict without seeing the game on Thursday, but assuming Feghouli and Ayew will not be fit and that Antonio gets his chance on Thursday and proves a point, this is how I predict, well, hope we will start on Sunday.

I have no doubt that we are a better team than Bournemouth and I really think this is a game we can win by 2 or more goals. Bournemouth conceded 67 goals last season, which was level with Norwich and only beaten by Aston Villa who conceded 76 and this is a clear indication that there are goals to be scored against them on Sunday. We managed to score 3 past them twice last season, and I am going with that number again. I predict a 3-1 win, I wish I could predict 3-0, but I just don’t see a clean sheet from our defence at the moment.