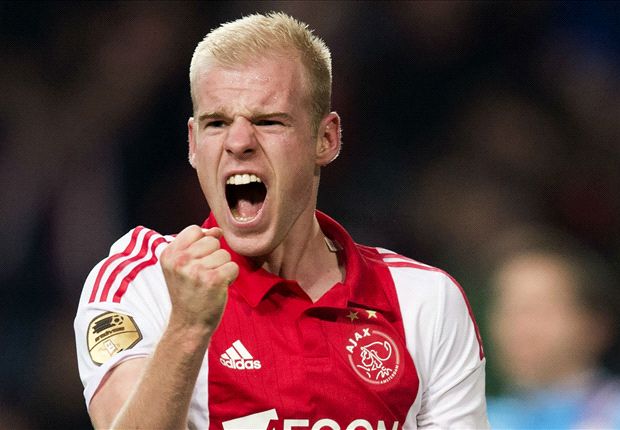 As a close follower of the Dutch Eredivisie and as a West Ham fan I always look with increased interest to players who I think could make the West Ham squad at the moment. The Eredivisie is being underrated at the moment I think, we actually have a lot players playing well in the Premier League who came from the Dutch league. Just to refresh your memory with some examples: Georgino Wijnaldum, Daryl Janmaat, Leroy Fer and Vincent Janssen, remember his name, he’s going to get a lot of goals for the Spurs. But what’s really interesting is that there are a couple of players in the Eredivisie which I think would fit in to the West Ham at the moment.

Davy Klaassen, Ajax, 23, midfielder Central midfielder, attacking midfielder or defensive midfielder, it doesn’t matter with Klaassen, who I think is one of the best dynamic midfielders in the league. He has already scored 5 goals in 8 games this season, pretty impressive for a midfielder. Ajax had a weak start (they’re now playing quite consistent again), but Davy Klaassen was the only lad who played to his level.

Davy Pröpper, PSV Eindhoven, 25, midfielder Another Davy, another great midfielder. In my opinion Davy Pröpper is by far the best midfielder in the Eredivisie. He has a pass accuracy of 80% and scored 2 goals in 8 games so far. He’s not as productive as Klaassen is, but I think overall he is ready for a next step.

Rick Karsdorp, Feyenoord, 21, right back Strength, pace, passing, defending, this man seems like the perfect right back. I got to say his crossing is impressive, with a striker like Andy Carroll he would provide just the right cross at the right time. I got to add he sometimes forgets his defensive duty, but with his pace he can compensate this. I would definitely rate him above Sam Byram, especially considering he is 21 years old.

Tony Vilhena, Feyenoord, 21, midfielder A well-known name for all the Football Manager playing readers, Tony Vilhena. This is the guy that’s always sold to Real Madrid for 40 million after 3 seasons. With a passing accuracy of 86% he is at the top flight of Dutch midfielders. He scored against Manchester United in the Europa League 2 weeks ago, in the match where Paul Pogba was in his back pocket.

Sergio Padt, FC Groningen, 28, goalkeeper Yes, I am a Groningen-fan, so maybe I’m completely biased, but I really think he is the most underrated goalkeeper in our league. With Adrian not being consistent this season, I think West Ham are in big need of a solid goalkeeper. This man could provide that, he wins games for his team. He’s got a limited transfer fee in his contract, so I think this would be a real bargain. Concluding, I think that West Ham would do themselves a favour by looking at Dutch football more often. We are not as bad as we look on the UEFA list…