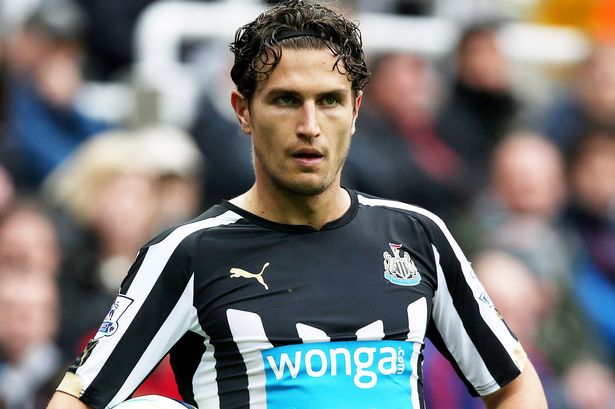 Let’s get straight into the gossip about the right back’s. One of the 3 already named in the press are the 3 main candidates for us, them being Gregory Van Der Wiel (contract up at PSG), Rafael (Lyon, former Manchester united) and the one our manager is more familiar with, Darijo Srna. The issue with the Croatian skipper is not only his age but also his commitment to Shakhtar, he has previously turned down Dortmund, Munich and of course, Chelsea. His commitment is not just his football team but also the community. the conflict of Ukraine is well reported and he has so far donated over 20 tonnes of tangerines, stationary, sports equipment, football kits and more recently has given war affected children 100 laptops. More famaliar names are Newcastle’s Daryl Janmaat (as well as his two team mates exclusively revealed by exwhuemployee), who suits Bilic style of play, is only 26 and has played 2 seasons in England for Newcastle, it is believed he angered a few people at his club when he was ruled out with injury after punching a wall, and Arsenal’s Carl Jenkinson, people at the club believe he still has the potential to succeed and be one of the better right backs in the league…….okay one of them two are false……it is Carl….isn’t it?

Jack Sullivan confirmed that Lyon had declined our 31million pound bid for Lacazette and this simply highlights how serious the club are to get a top striker ASAP. One player we will have to watch is Antoine Griezmann, but hopefully not for too long. He has a new deal on the table at his current side and is widely expected to sign, however if he was to be sold as Real Madrid are big admirers as well as Chelsea and man Utd, Lyon’s frontman could become a priority signing for Atletico Madrid as he is a big fan of La Liga and would be considered an ideal replacement. I can’t see this being the last we have heard of in terms of West Ham United being linked with Lacazette either, due to our owners. Plenty of other strikers on the shortlist but lets hope they get their main target!

Back to defence, I was discussing this with Exwhuemployee when the news broke but here it is…. Reece Oxford is having contract talks with the club……and that is all there is too it. His current deal runs until the summer of 2018 as he signed a 2 year deal in 2015, the longest term possible for a player of his age but the club are eager to tie him down as they view him as a vital part of the future. Reece has attracted a lot of big clubs who continue to scout him but he has no desire to leave right now. He has been frustrated at lack of first team football, more so since impressing on the opening day, and more so when he was denied the chance to captain his country at the U17 world Cup and was not included in the squad against Crystal Palace when the tournament got under way. Sometimes contracts stall due to things other than money……sometimes things are more important as well, lets not judge all young players the same, instead, let’s enjoy having one of England’s brightest prospects wanting to play for the Claret and Blue.

Anyway, it is Liverpool possibly wanting our other defender we should worry about in my opinion.