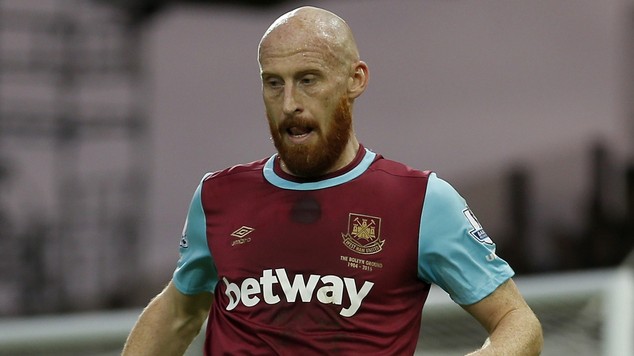 It’s been a great season for us, obviously. All the years I’ve been here, we’ve always been looking over our shoulder, if you like, but this time around it was nice to be looking at how high we could finish.

It’s unfortunate we lost the last game, but seventh in the Premier League is not too bad.

Wherever you finish and whatever you do, you always think you could have finished higher in the table, but I think if you’d been told before the season that we’d finish seventh, we’d have taken it.

It was disappointing to finish the season how we did, but it’s something to build on next year.

Personally, it was a little bit frustrating not to play a bigger part in the final few games. I wanted to get back in and play and thought I might have had a chance, but that’s football and I’m old enough to realise that the boys in the team had been doing well.

Overall, I think it was my best season for West Ham, and certainly the season in which I’ve had the least amount of injuries, which was good at my age.

Now, I’ll go away with Wales and hopefully my mid-season form for West Ham might see me get a starting spot.

I can’t wait for the European Championship finals. I had a chat with Mark Hughes at Stoke and for all us Welsh lads, it’s a new experience that he and so many other great Wales players never had, for one reason or another.

We’re going into it blind, because none of us really know what to expect, but we’re full of excitement.

We’ve got three games to play and we’ll be looking to qualify out of our group, and I think we’ve got every chance.

We meet up in Cardiff on Monday and have a week in the sun in Portugal, then we get our heads on it for a friendly against Sweden and then straight to France for the tournament.

We have got Slovakia first and I think that’s a must-win for us. We need to go there and get three points there to kick us off nicely. I think a win and a draw will see us through, so that’s what we’re looking to do and we’re confident we can.

I’ve had a little bit of ribbing from the English lads about the England game, but it’s more requests for tickets – they’re going through the roof!

We’ve got Slovakia to look forward to first, then a massive game with England. It’s a huge game if we play England in a friendly, but to be playing them in a major tournament is even bigger, but everyone’s looking forward to it.