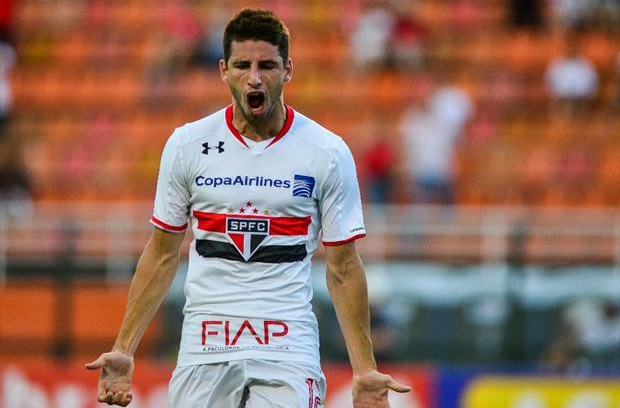 So we are in Europe after all.   I personally cannot wait and think that it is a good thing for us for a number of reasons.  Firstly European football under the lights is a great way to welcome the new stadium.  Secondly, for years I have dreamt of European football to be a regular thing for us and whilst it isn’t the Champions League that we dreamt of it is a start.  Thirdly, it may attract players to the club.  Most players want to play in Europe even it is the Europa.   Fourthly, arguably the most important reason is that we may be able to keep some of our players happy.  We are lucky to have two brilliant goalkeepers; Randolph could play regularly in cup competition.  Youngsters like Burke, Oxford and Cullen can get more games than they would without Europe and of course it is a chance to keep four strikers scoring.  The last reason for me is that it may give some fans a chance to see the football at the Olympic stadium (Mahindra Stadium) who may not get the chance.  Our season ticket sales have been phenomenal but as a consequence many have been left frustrated.   This may mean some get the chance to go who would usually miss out.  For me Europe is definitely a good thing.

So on to transfers and the start of what is to be a very busy window.   We have had a well-publicised bid for Lacazette rejected.  This bid was rejected.   The bid did not break down because of payment structure, it was rejected because they wanted more money for him.  The problem we have is that PSG have registered their interest and with Ibrahimovic (another one of our targets) leaving they want a top forward.  The chance to raid one of their main rivals, for their best player has been appealing to them.  PSG have a number of targets as well as Lacazette but Lyon know they have a man in demand and a man they can demand more for.  To say the bid is “dead” is too early at this stage.  It is early May so until the player joins another club, the bid cannot be said to be dead.  The player has expressed his keenness to join an English club so there is a chance.  Lyon have apparently named their price and we are looking to meet it again.  Whether this will be enough with PSG being around I am not sure but the player is the number one target.

We have launched enquires for many players.   Another “enquiry” that has got a lot of media attention is the discussion with Bournemouth for Richie and Wilson.  As I said at the time we were “keen” on both players and spoke to his agent who passed on our interest to the club and leaked to the press.  The discussions with the agent were not intended to become public and were not meant to come out just before Bournemouth played their last game.   This was all triggered by his agent and then became a good excuse for the Bournemouth manager when they lost against Manchester United.  We “enquired” as to their availability and we wouldn’t have paid anywhere near the £25m that the media reported.

As I broke in one of my previous columns we have also triggered Jamie Vardy’s £25m release clause.   Whether we can persuade him to leave a spot in the Champions League with the current Champions is a different matter but we will offer a large wage to do so.  We are apparently happy to double his wages and take him up to a huge basic wage.

Another player who we have launched a bid for and one I expect is the most likely to go through at this stage is Jonathan Calleri the Argentine who attracted the attention of the club whilst playing alongside Carlos Tevez at Boca Juniors.   This deal will be more likely to be a loan move.

We have enquired about many forwards Batshuayi being the main one but he seems most likely to move to Spurs.  There are domestic players in Benteke, the Ayew’s and Bony as well as a number of forwards who have scored in other countries such as Icardi and Embolo (someone we have monitored for a while but have doubts over).  Another player who we are interested in but hasn’t been that well reported is Martin Braithwaite but again this is just an enquiry rather than him necessarily being a top target.   There is some talk that Gignac, who we have been interested in before, could also be someone we move for.  He is currently in Mexico and apparently not happy.  No enquiry for him has been made but depending on how the other transfers go this may be revisited.  Another name to watch out for that hasn’t been mentioned in any media circles is Benjamin Moukandjo, a Cameroon International striker at Lorient in France.

As far as right backs go I reported all the targets in my last column.  These where Gregory van der Wiel, his PSG teammate Serge Aurier, Debuchy of Arsenal, Rafael da Silva the ex-Manchester United right back and a couple of other French right backs.  Slav also has a couple from his Turkish days that he is interested in too. We have made an offer to Gregory Van Der Wiel but he has a number of offers but he is the top target there.  If not the club may look at Debuchy.

Wingers are also a priority again last week’s column covered these.  It has been well reported elsewhere that we would like Tore of Super Slav’s former club.  Yes he is on there but meeting with Bilic in Turkey didn’t happen this week.  There are many other wing targets on the list too and watch out for a former Premier League player who has had an outstanding season in France for Nice.  Hatem Ben Arfa is out of contract this Summer and is a player the club would be interested in.

What we have to be assured in is that the chairman is working flat out to land the best deals for the club.   We have already brought in Nordvteit who I had reported for months, so we already have one player in and we will sign another 6-8 players I think so it is early days and no need to panic.

In terms of player departures a number of clubs are lining up make an offer for Valencia.  We will entertain offers for him and he is most likely to go to China who will pay large wages for him.  This is also the likely destination of Alex Song too.  Another player who we could let go is Obiang.  I mentioned this in tweets about two weeks ago but Italian and Spanish clubs are interested in him and he has been frustrated at his lack of first team opportunities.   He likes the club but is considering his options.  If we land our forward targets there is a chance that Sakho will be allowed to leave.  Bilic has lost some faith in him and would be prepared to let him go. Borussia Mönchengladbach has showed keen interest and there would also be domestic interest and from the French league.  David Sullivan is a big fan of Sakho and has a lot of time for him so it will be interesting to see what happens with him.  I think it will depend on how many forwards we land.

It is true that we are considering selling James Tomkins.  Long term Bilic sees this first choice centre back partnership being Ogbonna and Reid.  Both players are at an age where they can continue for a number of years now.  James Collins provides excellent immediate back up and of course you have the highly talented Reece Burke and Reece Oxford providing competition too.  Both these players are concerned about their first team opportunities.  Burke’s contract is up next year and he is yet to sign.  He is a huge West Ham fan but he has his career to think of and there is already a lot of interest in him.  This week it has been well reported how Reece Oxford has rejected an initial contract. His agent has caused the club a number of issues recently but the club hope he will sign an initial £20k a week deal to keep both Manchester clubs away from him.  This means that another West Ham supporter in Tomkins could be surplus to requirements.  Both Crystal Palace and Sunderland, with two of his ex-managers Pardew and Allardyce, are front runners in moving for the player.  We would be likely to accept a £10-£12m bid.   O’Brien, Moses, Emineke and Song will all leave too and this will free up a lot of wages for players.

I was pleased to introduce the Olympic Insider to the site this week, alongside the Boleyn Informer, myself and The Sullivan brothers we should have the transfers pretty well covered on the new site.  Please have a look round at the new layout, it appears to be considered a positive step by all.   We have also had a number of exciting developments with the site and I have three big meetings lined up.  More will follow but it does mean there isn’t a media form that we won’t have covered.   Our next fanzine is now available to buy for £3 for a paper copy and then we sell it electronically afterwards.  There will be many interesting features in there plus I answer more questions about my account that I get asked regularly.  Information that you will not find elsewhere.  Last edition we sold out very early so if you wish to get your copy then please order here.   The West Ham Way Fanzine  we are still looking for people to advertise on the site so that we can keep expanding.  We have a range of different prices and opportunities so please get in touch.

Finally I would like to congratulate the youth team in getting to the final in Hong Kong.  There is a number of talented players in that squad and Mark Philips has worked wonders with them too.  I expect to see many of them have great futures in the game.

The summer is expected to be a scorcher in temperature and I am sure it will be a great one in transfers for us.