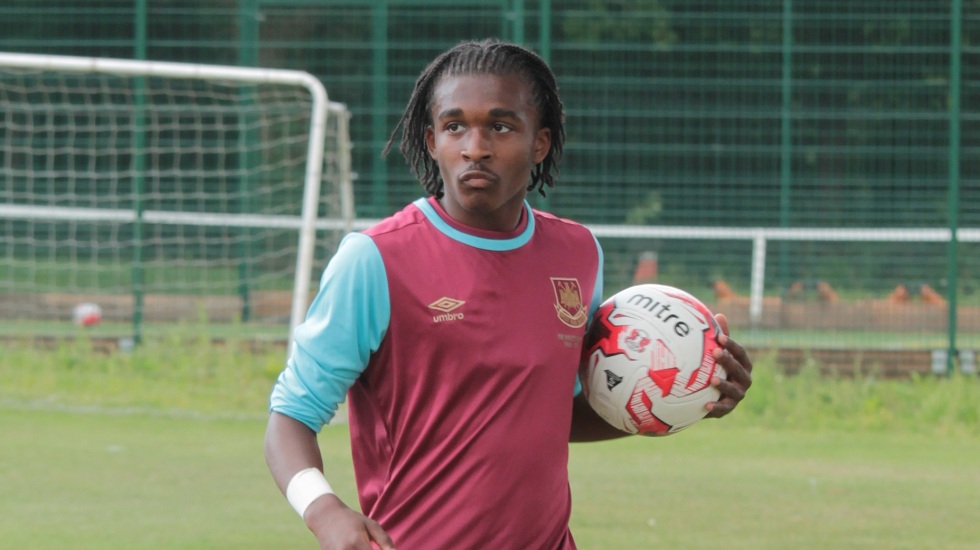 The England youth international is one of the most talented players to come through the Academy of Football in recent years.

Speaking after signing his new contract, the 16-year-old said: “I’m very happy to have the pleasure in signing my first professional contract with West Ham.

“I’ve been working hard towards this so yes it’s a proud moment and hopeful there’s many more to come!

“I found out a little while ago and I just couldn’t wait to sign it.”

In a widely successful year for the Academy which saw several players make their first team debuts, before winning the U21 Premier League Cup, Neufville has similarly enjoyed a breakthrough campaign.

Already an U18 regular, making 14 appearances, he made the step up to the Development Squad in the second half of the season where he impressed during eight starts.

He reflected: “I think it’s been a good season for me. Some of my highlights include playing for England in the Euro qualifiers as well as being a part of the U21 cup games.”

Having enjoyed a successful past 12 months, Neufville is equally as positive about his future with the club.

He continued: “It’s a great time to be involved with West Ham. Leaving the Boleyn Ground and going to the new stadium is really something to look forward too.

“Hopefully I can make my debut at the new stadium as soon as possible.”