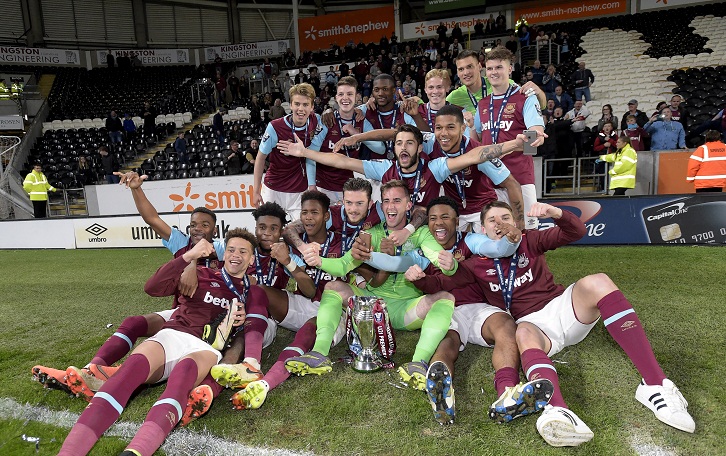 The Hammers’ young professionals have six matches penned-in as they prepare for the new campaign.

All six will be played away from home, with the pre-season starting with a trip to National League South club Chelmsford City at Melbourne Stadium on the evening of Friday 15 July.

Four days later, Academy Manager and Head of Coaching and Player Development Terry Westley will take a side to London Road to face Peterborough United on Tuesday 19 July at 7.30pm.

Saturday 23 July will see the reigning U21 Premier League Cup holders make the short trip to the seaside to tackle Southend United at Roots Hall in a 3pm kick-off.

The Development Squad will then travel to the Netherlands for a week-long training camp hosted by partner club VVV-Venlo, which will also feature two pre-season fixtures.

First up is a clash with Jong PSV on Wednesday 27 July at 7pm, before the young Hammers take on their hosts in the Herman Teeuwen Memorial Cup on Saturday 30 July at 3pm. Both Dutch fixtures will be held at Venlo Seacon Stadion – De Koel.

Westley and his players will then return to England to complete their preparations with a trip to Cobham to take on Chelsea on Friday 5 August at 1pm.

Ticket details for these fixtures will be published on whufc.com and across our social media channels as and when they are confirmed.