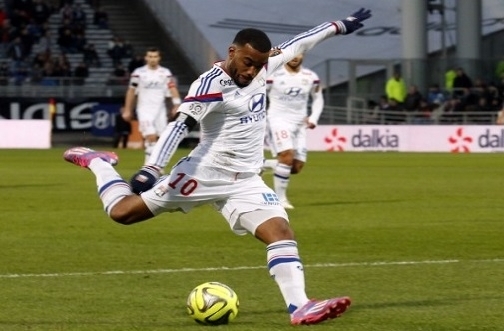 Lyon striker Alexandre Lacazette will not leave the club this summer unless a side playing Champions League football next season comes in for him.

This is exactly why the player and Lyon so easily turned down a €40m offer from West Ham United.

Tottenham Hotspur are also interested in the player, but PSG are in the driving seat, in contact all the time with his entourage, having already reached an agreement with certain parties last year, before it is believed that PSG reneged on the deal after talks with Zlatan Ibrahimovic in Doha culminated in the Swede agreeing to stay another year.

Lyon want €50m & if PSG fail to land a superstar name, of the Ronaldo and Higuain calibre, then they will move for the Les Gones man.

We discussed this revelation with our very own ExWHUEmployee and he added that although it will be a tough order to land Alexandre, the same feeling was thought about Dimitri Payet and you can never write David Sullivan off.