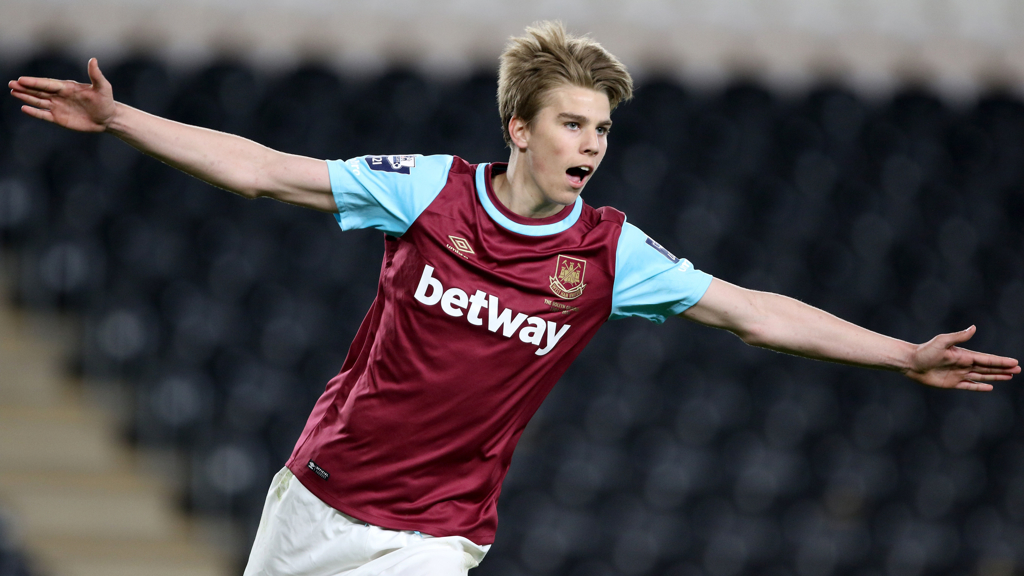 Young Hammers star Martin Samuelsen has received his first call up to the Norwegian Senior Squad for their three upcoming friendlies against Portugal, Iceland and Belgium as each opponent warms up for their Euro 2016 games.

It’s quite an accomplishment for the young West Ham star as he was only drafted into the Norway U21 squad in March this year, for friendlies against Holland and Spain U21 sides.

It’s been quite the year for the young Norwegian, making his first team debut in the Europa League for West Ham, receiving numerous plaudits for his performances on loan at Peterborough United and then returning to the club late in the season to lift the Premier League Cup with the rest of the Under 21 squad.

Martin should join up with his new Hammers team mate, Havard Nordtveit on international duty, before he officially signs for the club on 1st July 2016 from Borussia Moenchengladbach.